By Satyam365 | Views 4568
Section 2 (1) (zb) of the Trademark Act, 1999 defines a trademark in India. It is a distinguishing sign or indicator used by an individual or an organisation on articles of commerce to distinguish one trader's products from those of another.

Trademarks are now profitable in the music and film industries. Music and film are two of the world's fastest growing industries, with huge profits for the entertainment industry. The paradigm shift surrounding intellectual property issues plays a significant role in various trademark controversies such as deceptively similar song, film title, unauthorised use of film titles falling within the scope of trademark infringement and remedy of passing off.

This paper investigates the potential application of Indian and US trademark law in the music and film industries, with a focus on current legal issues.A trademark or service mark is a sign that distinguishes one company's goods and services from those of another. In the world of music, a band's name is its brand, and as such, it can be protected as a service mark. Bands with trademarks include The Grateful Dead, Aerosmith, and REM.

Bands can also register trademarks for their albums, t-shirts, and other merchandize.A trademark grants a band the exclusive right to use its name, entertainment services, and identity.Acquiring a trademark can help you secure additional revenue streams through licencing and merchandising agreements.

Song titles are not normally eligible for trademark protection, but they may be in the case of associated merchandise or if part of a series of works. The Slants, an Asian-American rock band with an unusual name, have won a significant victory in the Federal Circuit Court of Appeals. The Slants' name, the court ruled, is private speech and thus protected by the First Amendment.

The government has no right to try to regulate it by denying the band a trademark, the court writes.Section 2(a) of the Lanham Act, which allows the US Patent and Trademark Office (PTO) to deny or cancel a trademark if it is "disparaging" of individuals, institutions, or national symbols, was at issue in the case. The court ruled 10-2 that parts of that section were unconstitutional. The court contends that conferring a trademark does not make the band's name government speech.

A trademark is an intellectual property that consists of a sign, word, symbol, brand name, design, or phrase that is used to identify a product or service as belonging to a specific company. It assists customers and businesses in identifying a brand and distinguishing its products from competitors.

By registering your trademark, you gain legal protection and reduce the possibility of unfair competition. If someone does it, you'll be able to prove that it's illegal because you have exclusive rights, which your certificate can confirm. The mark is required to ensure that your company is distinct and that no other companies use similar symbols, signs, or phrases.

In a nutshell, a registered trademark protects your company and prevents others from using your key elements or benefiting from your brand's reputation and success. You also have the legal right to sue other companies that intend to use your intellectual property for personal gain.

A trademark will help to protect certain aspects of a business and distinguish the company and its products from those of other merchandise.

Trademarks are available for the following purposes: 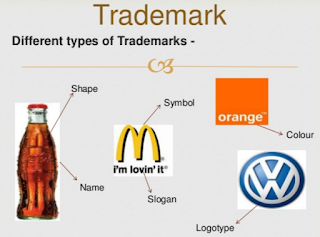 The Value of Trademarks:

Obtaining this identification can provide customers with assurance that they can rely on a quality standard when purchasing products or requesting services from a specific company. Trademarks have a 10-year validity period and can be renewed as needed. The trademark on a product/service has more severe penalties for infringers and a stronger claim to ownership.

A registered trade mark is infringed by a person who, without being a registered proprietor or a person using by permitted use, uses in the course of business a mark that is identical with, or deceptively similar to, the trade mark in relation to goods or services for which the trade mark is registered, and in such a way that the use of the mark is likely to be interpreted as being used as a trade mark.

A registered trade mark is infringed by a person who, not being a registered proprietor or a person using by way of permitted use, uses in the course of business a mark that because of:
In any case falling under clause (c) of sub-section (2), the court shall presume that it is likely to cause public confusion.

A person uses a registered mark if he:
A registered trade mark is infringed by a person who applies such registered trade mark to a material intended to be used for labelling or packaging goods, as business paper, or for advertising goods or services, if such person knew or had reason to believe that the application of the mark was not duly authorised by the proprietor or a licensee.

A registered trade mark is infringed by any advertising of that trade mark that:

Meanwhile, the issue of disparaging trademarks arose in connection with an application by an Asian-American singing group seeking to register their band name "The Slants," a highly unflattering reference to Asian facial features. The PTO denied their registration application, and lead singer Simon Tam appealed the decision, going all the way to the United States Supreme Court against Joseph Matal, Director of the United States Patent and Trademark Office.

The Supreme Court ruled in favour of band leader Simon Tam in Matal v. Tam, 582 U.S.(2017), so the issue is presumably now resolved. The ruling nullifies a provision of trademark law that prohibits the registration of any trademark that may "disparage... or bring... into contempt or disrepute" any "persons, living or dead."

In Matal, the Supreme Court ruled that Section 2(a) of the Lanham Act, as it applies to "disparaging" trademarks, constitutes impermissible viewpoint discrimination; the disparagement provision effectively discriminates against a specific message conveyed, raising the issue of government intervention in free speech. If this section of the Lanham Act is upheld, it would effectively allow the PTO to discriminate against certain viewpoints by denying trademark protection.

In addition to resolving the disparagement issue, the court resolved two other critical questions about the nature of trademarks in terms of free speech. The first question was whether trademarks should be considered government speech or private speech, and the court decided decisively in favour of private speech.

Another argument advanced by the government is that trademarks are not a form of speech, but rather a government subsidy that the government may or may not permit. The court also dismissed this trademark characterization.

The right to publicity is recognised both as a tortious right and as a fundamental right guaranteed by Article 21 of the Indian Constitution (the right to life and personal liberty). In the case of Justice KS Puttuswamy (Retd) v Union of India, a nine-judge Supreme Court bench discussed and found publicity to be an element of privacy that is protected as a fundamental right.

The right is not expressly mentioned in the law; however, expression of some intellectual property elements of publicity, such as likeness of character, name, setting, and event, may be protected under various statutes, including the Copyright Act of 1957 and the Trade Marks Act of 1999. As discussed below, Indian courts (at the High Court level) have explicitly recognised the right to publicity and established the essential components for its infringement.

However, the Indian legislature has made significant efforts to provide statutory recognition to an individual's right to privacy through the Right to Privacy Bill, 2011, which is currently awaiting approval in parliament. The government and legislature recognised the critical importance of protecting individuals' personal data (especially in light of numerous incidents of corporations (both private and government-owned) leveraging individuals' data for other purposes, such as security, revenue from personalised advertisements, and so on).

It prioritizes obtaining legitimate consent from individuals before collecting data, as well as requiring that withdrawal of consent be as simple as communication of consent. Although the Bill seeks to establish a more responsible and accountable regime for the collection, dissemination, and storage of personal data, it will not go into effect until it receives parliamentary approval.

Conclusion:
The Trademarks Act of 1999 can be understood on a deeper level by looking at the prior rulings. The Indian legal system should be better prepared to address issues relating to the entertainment sector and trademark protection and to offer appropriate remedies. The song titles and lyrics also reveal the producer's lack of originality in naming the movie.

Because any new concept or idea for a song or movie is quickly associated in the minds of the audience, this should be avoided, and artists and filmmakers who seek to protect their work as a trademark should be given an acceptable balance. Trademarks also significantly contribute to brand growth for businesses that make instruments by making music more accessible.

In the entertainment business, trademark registration is vital because it protects expensive music and film recordings. The Trademark Act of 1999, which is less leniently enforced but is on par with international trademark laws, is used in the entertainment sector. Song titles and movie or image names should both be unique, with no possibility for duplication. Because they help build brands, trademarks need to be carefully protected.

All About Digital Personal ...