Jogendra Nath Mandal, was one of the central and leading Founding Fathers of modern state of Pakistan, and legislator serving as country's first minister of law and labour, and also was second minister of commonwealth and Kashmir affairs.

Ironically he died as a refugee in Indian state of West Bengal after resigning from the Cabinet of Pakistan on 8th October, 1950. His resignation letter to the Prime Minister of Pakistan tells everything about the nature and scale of serious atrocities that were inflicted on minorities in Pakistan.

Here are some of the excerpts from that resignation letter which show how big that what a blunder Nehru-Liaquat Pact was, which was signed exactly six months before Mandal's resignation.

"It is with a heavy heart and a sense of utter frustration at the failure of my life long mission to uplift the backward Hindu masses of east Bengal that i feel compelled to tender my resignation of my membership of your cabinet. It is proper that I should set forth in detail the reasons which prompted me to take this decision.

After the general elections held in March 1946 Mr.H.S.Suhrawardy became the leader of the league Parliamentary Party in March 1946 and formed the league Ministry in April 1946. I was the only Schedule caste member returned on the federation ticket. I was included in Mr.Suhrawardy's cabinet. the 16th day of August of that year was observed.

Leaving aside the overall picture of Pakistan and the callous and cruel injustice done to others, my own personal experience is no less sad, bitter and revealing. You used your position as the Prime Minister and leader of the Parliamentary Party to ask me to issue a statement, which I did on the 8th September last. You know that I was not willing to make a statement containing untruths and half truths, which were worse that untruths.

It was not possible for me to reject your request so long as I was there working as a Minister with you and under your leadership. But I can no longer afford to carry this load of false pretensions and untruth on my conscience and I have decided to offer my resignation as your Minister, which I am hereby placing in your hands and which, I hope, you will accept without delay. You are of course at liberty to dispense with that office or dispose of it in such a manner as may suit adequately and effectively the objectives of your Islamic State.

Now this being in brief the overall picture of Pakistan so far as Hindus are concerned. I shall not be unjustified in stating that Hindus of Pakistan have to all intents and purposes been rendered stateless in their own houses. they have no other fault than that they profess the Hindu religion. Declarations are being repeatedly made by Muslim league leaders that Pakistan is and shall be an Islamic State. Islam is being offered as the Sovereign remedy for all earthly Evils"

After this Mandal came back to India and started living in West Bengal. He died in the state of West Bengal as a Bengali Hindu migrant/refugee in the year 1968. The death of ï¬rst law Minister of Pakistan as a refugee in India is a testimony to the failure of Pakistan (either in East or in West) in fulfilling its responsibilities towards its minorities.

In the case of Pakistan's failure to ensure the rights of its minorities, they become a responsibility of India as a part of an obligation of Partition and cannot be left to perish or convert. 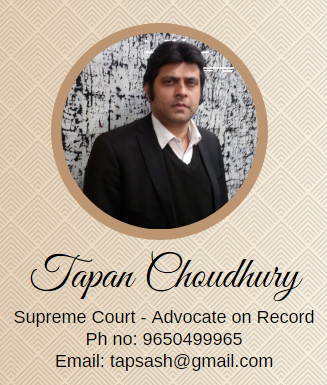 An Overview Of Corporate Go...

President And Powers Of Pre...

Marital Rape: The Time To C...