By Varun_ Singh | Views 7024
The aims and objectives of patent and antitrust laws may seem, at first glance, wholly at odds. However, the two bodies of law are actually complementary, as both are aimed at encouraging innovation, industry and competition - Atari Games Corp. v. Nintendo of America, Inc.

As the entire world is undergoing a crisis due to a Global Health Emergency, the businesses i.e. production, distribution, services remain at a halt worldwide. Meanwhile two of the major corporations of the world entered into an acquisition agreement, i.e. Facebook Inc. buying 9.99 % stakes worth $5.6 billion or Rs. 43,567 crores in Reliance Jio which is an Indian telecom giant having 388 million active subscribers, thus having approximately 32.14% market share in the Indian telecom and communication sector[i]. This is perhaps the largest Foreign Direct Investment in the technology sector in India.

The deal was worked upon by Shardul Amarchand Mangaldas, AZB & Partners, Hogan and David Polk. The deal will be under the scrutiny by Competition Commission of India for their examination whether this deal will lead to concentration of market power and undue advantage of this newly formed acquisition over other market players in India.

The combined services which can be offered by Jio and Facebook

These two parent companies combined have the potential to possess an unfair advantage over other market players hence; they can prove to be a threat to the policy of free competition in India.

Here is a list of sectors and services where this acquisition will work:


Scanner of Competition Commission of India

Competition Commission of India (CCI) which is the anti-trust watchdog of India, has this deal under its scanner, for its potential to adversely impact the telecom and retail sectors of India.
Facebook Inc. has an enterprising project called WhatsApp Pay but has been interrupted for long due to data localisation requirement which was initially being resisted by Facebook Inc. Facebook is looking this deal to kick –start its long –stalled and ambitious project called WhatsApp Pay.

Facebook now agreeing to data localisation, it can be predicted that WhatsApp pay which had run a beta test with 1 million subscribers, could be merged along with Jio Mart and would be rolled out digitalising all local merchants, small vendors and kirana stores on one E- Commerce platform. With this Jio's one unique ID to be used for all Jio related transactions would provide them advantage over their rivals. Reliance Jio in the past has also been accused of predatory pricing by its telecom rival Bharti Airtel.

Scrutiny under the Competition Act 2002

Competition Commission of India being a market regulator and the anti-trust watchdog for the Government of India has the responsibility to see that no company whether on the individual basis or through any form of merger or acquisition uses its huge market capital or size dominance uses any form of predatory pricing or any other unethical tactic to wipe out the competition in the market.

Chapter 2 of the Act contains the provisions for Prohibition of certain agreements, abuse of dominant position and regulation of combinations.

Section 3 of the Act specifically dealing with the anti-competitive agreements and demarcates which type of anti- trust agreements are barred under this section. As sub-section 1 states that no corporation is allowed to enter into any agreement which is likely to cause an adverse effect on competition within India. Jio and Facebook will need to clear this hurdle to show as to why their agreement will not lead to an adverse effect on competition in India.

As specified above, there are total six categories where this agreement can give competition to other corporations or start-ups in India. Retail and entertainment sector being the major ones. Jio Mart using its market presence and its connectivity to local traders and small kiarana stores, which are present in even the small cities and towns of India, can form a separate E- Commerce platform supported by WhatsApp Pay.

Moreover, in a press- conference Mr Mukesh Ambani, Chairman of Reliance Industries Limited revealed about his plans of having one Unique Jio ID per consumer which can be used on all Jio platforms right from Jio Mart to Jio Cinema. This activity in future, might result prove to be an adverse effect on the competition in India. Start-ups and companies involved in payment banking and retail sector would also be adversely affected from this agreement. [iii]

This also raises privacy issues regarding data sharing between Jio and Facebook. Although privacy issues are not something in which CCI has a say. It is for the Courts to look into.
A different connotation to this acquisition is whether there is an expressed agreement between Reliance Industries Limited and Facebook Inc. to do business beyond the telecom industry? The answer to this question lies in the judgement of CCI itself.

In the case of Builders Association of India v. Cement Manufacturers of India,[iv] CCI imposed fine on fifteen cement manufacturing companies for their act of cartelisation in cement industry. More importantly, CCI sat precedent that an express agreement need not be present to show the abuse of dominant position or cartelisation need not be there; instead CCI can proceed with the case if there is any circumstantial evidence proving the claim.

Conclusion
It is rather very early to state that whether this deal would be violative of Competition Act 2002 or not. The main goal of CCI is to facilitate competition in India so that consumers can get best available services in India.

CCI functions based on three possible outcomes or rather decision mechanism:


However, CCI's Director General stated that, CCI generally does not believe on imposing fines, rather it emphasises more on the point that corporates following the law. Thus the acquisition of 9.99 % of the shares of Jio by Facebook will have to go through the scanner of Competition Commission of India to see whether it is harmful for the competition in India or not and more precisely whether it harms consumer interests or not. 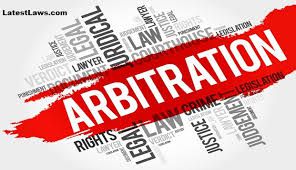 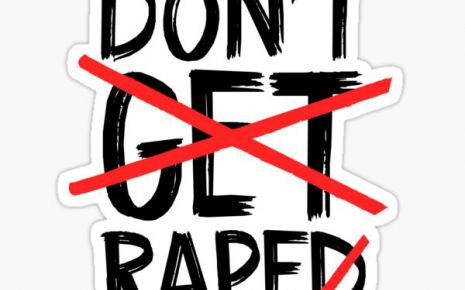