Introduction - Antecedents to the Case

Bhanu Kumar Shastri v. Mohan Lal Sukhadia is a leading election law case. This case arose from the Appeal under Section 116-A of the Representation of The People Act, 1951 from the Judgment and Order dated 10-5-1968 of the Rajasthan High Court in Election Petition No. 8 of 1967. It was overruled by the case of Surinder Singh v. Hardial Singh and Ors.

This case deals with the election corrupt practices under Sections 116A and 123 of the Representation of People Act, 1951 and Order XXXXI Rule 22 of the Civil Procedure Code, 1908.

Case Background
Summary of Facts
This appeal was against the judgment of the Rajasthan High Court dated 10 May, 1968, dismissing the Election Petition filed by the appellant against the respondent Mohan Lal Sukhadia. The election of respondent Mohan Lal Sukhadia to the Rajasthan Legislative Assembly from the Udaipur City Assembly-Constituency was challenged. The appellant contested the election on Jan Sangh ticket. The respondent contested on Congress ticket.

The respondent was the Chief Minister of Rajasthan at the time of the election. Respondent No. 2 Mohan Lal also contested the election but obtained only 1262 votes. For the purpose of this appeal we are concerned only with the respondent Mohan Lal Sukhadia.

Issues Raised
The only issue raised in this case is that of:
“Whether or not the allegations made against the Respondent in the instant case are correct and if so, whether the Respondent committed ‘Corrupt Practice’ under Section 123 of the Representation of the People Act, 1951?”

Crux of Judgement
The verdict in this case has been decided in the favour of the Respondent. Further, the Ratio Decidendi of this case is that:
Detailed Commentary on Issues
For the purpose of ease, and as per the judgement, the one issue as mentioned above may be divided into two sub-issues The appellant alleged that the respondent addressed meetings at Dholi Basri and Moti Chohtta on 10 February, 1967 where the respondent orally made defamatory statement about the appellant making an encroachment upon the Government land. Narain Lal and Shanker Singh gave evidence on behalf of the appellant and said that the respondent in their presence made the statement that the appellant had constructed a house on Government land.

The last allegation on which the appellant relied as an instance of corrupt practice was Ex. 8, which was a leaflet. The leaflet contained a statement The Vice-President of Jan Sangh Shri Bhanu Kumar Shastri took illegal possession of Government land in Shivaji Nagar by force and left a road of 9 ft. width only. It was said that the statement of fact related to the personal character and conduct of the petitioner and was, therefore, an offence within the meaning of Section 123(4) and Section 100(b) of the Representation of the People Act.

The High Court held that the statement of fact contained in Ex. 8 that Bhanu Kumar Shastri encroached on government land and constructed his house at Shivaji Nagar was false and the respondent Sukhadia believed the statement to be false. The High Court also held that the statement related to the personal character of Bhanu Kumar Shastri but it was not reasonably calculated to prejudice 'the prospects of his election and the leaflet was not printed or distributed with the consent of the respondent Sukhadia or his election agent.

If the High Court has unheeded significant and critical documents or oral evidence, such evidence will justify this Court to support the arguments of the respondent that the findings of fact arrived at by the High Court are against clear and cogent proof of facts. this Court will, therefore, be justified in recording the correct findings on ample and abundant materials which have been overlooked and ignored by the High Court. In the present case, the Supreme Court had occasion to deal with these aspects on the rival contentions and recorded our findings.

In Ghasi Ram v. Dal Singh and Ors. and Om Prabha Jain v. Abhash Chand and Anr. this Court considered acts of Ministers, who were candidates at elections in relation to using discretionary fund on the eve of the election.

Allegation of corrupt practice is a charge of criminal nature. The provisions in the Representation of the People Act are envisioned to reservation the transparency of the election, but at the same time these provisions should not be undermined for the contaminated determinations of slandering candidates who happen to be in the Government on the eve of the election.

The normal bonafide acts of persons who happen to be Ministers have to be kept separate from abuse of the opportunities of power and resources which are not available to their opponents.
Under Section 123(1) of the Representation of the People Act, bribery is said to be a gift, offer or promise by a candidate of any gratification to any person with the object directly or indirectly of inducing an elector to vote at an election. The ingredients of bribery are, therefore, first gift or offer or promise of gratification to an elector, second, the gift or offer or promise of gratification is for the direct or indirect purpose of inducing an elector to vote.

It was said on behalf of the respondent that if Ministers on the eve of the election render public or social service by redressing grievances of the public in relation to construction of roads or installation of water taps or closing of insanitary drains or pits, these acts should not be interpreted to be either gift or offer or promise of gratification. It is difficult to lay down an abstract proposition. Ordinarily betterment of grievances of the public appears to be innocuous.

If, however, there is evidence to indicate that any candidate at an election abuses his power and position as a Minister in the Government by utilising public revenues for conferring advantage or benefit on a particular group of people for the purpose of obtaining their votes, different considerations will arise. The Court is always vigilant to watch not only the conduct of the candidates and to protect their character from being defamed but also to see that the character and conduct of the public is not corroded by corrupt motive or evil purposes of candidates. The genuine and bonafide aims and aspirations of candidates have to be protected on the one hand and malafide abuse and arrogance of power will have to be censured on the other.

Subsequent Developments
This case was overruled by the case of Surinder Singh v. Hardial Singh and Ors.

Sections 100 and 123 of Representation of the People Act - appeal against setting aside election of appellant - Act is complete code by itself on subject of elections to Parliament and State Legislature and election declared void only if one of grounds mentioned in Section 100 attracted - if corrupt practice committed by returned candidate or his election agent or by any other person with consent of returned candidates or his election agent, election of returned candidate declared void - supported of party accompanied appellant in course of canvassing for votes - legal requirement for finding corrupt practice not fulfilled

Conclusion
Judged by the tests laid down in these decisions it has to be found out as to whether the respondent Sukhadia did any act which can be construed to be out of the ordinary or with a view to entering into an election bargain with the voters. In all the three instances relied on by the appellant at Raigar Colony, Tekri and Baluchistan Colony, it is manifest that there were long standing public grievances and the Government from time to time made suggestions and recommendations for redress of the grievances and amelioration of the condition of the people.

It cannot be said that on the eve of the election there was any sudden or spontaneous out-burst of public activity in the shape of diverting public money to win electors on the side of the respondent Sukhadia by throwing baits or giving them any particular and specially favoured treatment.

For these reasons, the Appellant was not entitled to succeed. 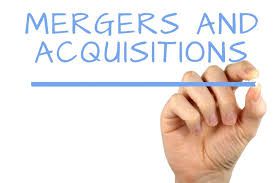 Concept Of Inheritance And ...