A Constitution is an aggregate of fundamental principles or established precedents that constitute the legal basis of a polity, Organisation or other type of entity, and commonly determine how that entity is to be governed. Constitutions concern different levels of organizations, from sovereign countries to companies and unincorporated associations.

A treaty which establishes an international Organisation is also its constitution , in that it would define how that organization is constituted. Generally every modern written constituting confers specific powers on an organization or institutional entity, established upon the primary condition that it abides by the constitution's limitations. The Japanese Constitutional theory is built on the proposition that Pacifism, Popular Sovereignty and the guarantee of fundamental human rights are the foundations of the Constitution. This article emphasizes that these principles lie at the heart of an understanding of both the Japanese constitution and Japan's democracy.

Introduction:
The term Constitution comes through French from the Latin word Constitutio, used for regulations and order, such as the imperial enactments (constitutions principis: edicta, mandata, decreta, rescripta). According to Scott Gordon, a political Organization is Constitutional to the extent that it contains institutionalized mechanisms of power control for the protection of the interests and liberties of the citizenry, including those that may be in the minority. In 61 BC, a scribe named Draco codified the cruel oral laws of the city –state of Athens; this code prescribed the death penalty for many offences.

Britain too has a hereditary head of the state but the ruling King or Queen of Britain is only a ceremonial head of State without any effective political power. Constitutionalism is one of the most important theories of Political Science. It has a history of over two thousand years. The famous work of the Greek philosopher Aristotle on Politics was the result of his years-long study on a large number of constitutions which existed in the Greek city states or Republics of his time. In fact, a constitution ,is the source, the jurisprudentially fountain head from which other laws must flow, succinctly and harmoniously.

The Supremacy of the constitution lies mostly in its indestructible nature. The great Roman Orator, Cicero, said , the Chief law is Public good. The Constitution as the ‘grund norm' should be interpreted according to current societal standards. Complete Justice or true Justice must encompass within its morality and ethics. Japanese Constitution mainly focuses on the principles of Pacifism, Popular Sovereignty and the guarantee of fundamental human rights.

Important features of the Constitution of Japan:

Meiji Constitution, Constitution of Japan from 1889 to 1947.After the Meiji Restoration (1865),Japan's leaders sought to create a constitution that would define Japan as a capable, modern nation deserving of western respect while preserving their own power. The resultant document, largely the handiwork of the genro (elder statesman) Ito Hirobuni, called for a bicameral parliament (the Diet) with an elected lower house and a prime minister and cabinet appointed by the Emperor.

The emperor was granted Supreme control of the army and navy. A Privy council composed of the Meiji genro, created prior to the constitution, advised the emperor and wielded actual power. Voting restrictions, which limited the electorate to about 5 percent of the adult male population, were loosened over the next 25 years, resulting in universal male suffrage. Political parties made the most of their limited power in the 1920s , but in the 1030s, the military was able to exert control without violating the constitution.

After World war II, a U.S approved constitution stating that Sovereign power resides with the People, replaced the Meiji Constitution.

These are as follows:

Pacifism as a constitutional Principle:

Pacifism as a constitutional principle is most Peculiar. It has nothing to do with the structure of government , the powers of its constituent elements, the role of the people, or the relationship between the government and the people, all of which are primary constitutional concerns. Pacifism does, however , have every right to its position as a fundamental principle.

The principle of pacifism is expressed in the constitution's second chapter ,consisting of the single famous Article 9. The basic points of Japan's pacifism expressed therein are: the renunciation of war and the threat or use of force as a sovereign right of the nation in settling international disputes, the perpetual non-maintenance of land, sea and air forces, and the non- recognition of the right of belligerency. Article 9 is buttressed by both Article 66 , which requires that the Prime Minister and all ministers of state be civilians, and the lack of provisions relating to the responsibility of citizens either to bear arms in defense of the nation or to serve in a peacetime militia.

Article 9 arose out of a lost war and a military occupation controlled by a policy calling for a complete disarmament of Japan and, for whatever reasons, determined to bring about a revision of the nation's fundamental law. It was war that fathered constitutional Pacifism in Japan and it was war that began its erosion. In June 1950, a few weeks after the third birthday of Article 9 , the Korean war ,a white –hot development of the cold war, broke out. One side was rapidly anti-communist and the other side fervently communist.

One side was supported by American /United Nations armed forces, while the other side was supported by Chinese military forces and the Soviet Silent Partner. Battles raged only a few hundred miles from Japan, which by being a vital American base, had become passively involved. For Japan's pacifism, the result was a departure from both the letter and the spirit of Article 9.Two other external circumstances will help to determine the future of Japan's constitutional Pacifism. Only future events will determine the degree of continuing pressure by the United States and the consequent impact on Pacifism as a principle. The Other circumstance that will help determine the future of Japan's constitutional pacifism is the development of President Gorbachev's twin policies for a reduction of Soviet military power and for a diplomacy of peace.

As important as strategy and external influences are in determining the future of the SDF ( Self defence Forces) the final decision will be made by the Japanese Government and will grow out of domestic, psychological, political and social considerations. The real test, however ,will come when and if the Japanese Government attempts to advance beyond the current situation.

Inspite of the strength of Pacifism , there has been a visible ,vocal and persistent counter movement. Many Japanese, both leaders and followers, firmly believe that Article 9 is no more than a humiliating reminder of both the bitterness of a lost war and the disgrace of a military occupation. This attitude has been one of the most powerful motivating forces for those who would revise not only Article 9 but other provisions of the constitution. Therefore, the future of Pacifism is firmly bound to the fate of both constitutionalism and democracy in Japan.

Popular Sovereignty as a constitutional Principle:

Popular Sovereignty was a concept absent from Japan's historical experience. It is not surprising that it was missing from the Meiji constitution since its drafters were concerned with making the people the objects of government under imperial sovereignty, not participants in or molders of government and politics. In order for Japan to become a democracy, it was necessary to devise a fundamental law that would guarantee the people the broadest possible participate in government.

The general principle is states, without the use of the term, in the preamble to the constitution:
Government is a sacred trust of the people, the authority for which is derived from the people, the powers of which are exercised by the representatives of the people, and the benefits of which are enjoyed by the people. This is a universal principle of mankind upon which this constitution is founded. The thoughts were indeed strange ,even revolutionary, in terms of the history of Japanese Political thought.

The Principle of Popular Sovereignty was stated in the text of the constitution simply as a subordinate clause in Article 1:
The emperor shall be the symbol of the state and of the unity of the people, deriving his position from the will of the people with whom resides sovereign power. In the Meiji constitution , the emperor was sovereign.

From the last five words of Article 1 flow all the constitutional provisions that convert the words into the structure of an operating democratic government : fundamental human rights that are indivisibly joined to Popular Sovereignty; the inalienable right of the people to choose and dismiss public officials, universal adult suffrage, the secrecy of the ballot and non-responsibility for the vote, the right of peaceful petition; the National Diet as the highest Organ of State power, the responsibility of the cabinet to the diet; the popular review of Supreme court justices, and an amendment process under which amendments must originate in the diet and be ratified by the electorate.

Although the diet is the highest organ of state power, Practice has demonstrated that there is a noticeable gap between principle and reality. First, there is the problem of the bureaucracy which of course is both the body and soul of the executive branch. The bureaucracy wields considerable power through its authority to issue administrative rules, regulations and opinions. A striking feature of Japan's system of government under Popular Sovereignty is that it has worked successfully. Japan also has witnessed an historically unprecedented rise in the level of the people's livelihood.

Finally under the system ,Japan has escaped any threat to its national security and has become an economic super power, resulting in an increase in its international stature. This is not to argue that Japan is perfect , but the government ,as a manifestation of popular Sovereignty has managed to deal effectively with the problems of its people.

Central to the creation of a new democratic constitutional order was the recognition of a new role for the individual , not as the passive object of an authoritarian order, but as the active repository of fundamental human rights. The freedom of Expression in Japan, provides a clear picture of the application of the Public trust doctrine in such important areas as the freedoms of speech ,assembly, association and expression. Under democracy ,general limitations on basic freedoms are impermissible, but episodic limitations under clearly defined circumstances are a far cry form systematic and systemic suppression of freedom as was the case under the Meiji constitution.

Conclusion & Suggestions:
The endowed principles of Pacifism, Popular Sovereignty and the guarantee of fundamental human rights have served the nation well.

The three fundamental principles have operated powerfully to make a constitution, which originated from a military occupation and was based on concepts arising in a radically different political, social and historical environment, into the broadly accepted and firmly rooted fundamental law of a viable democracy. 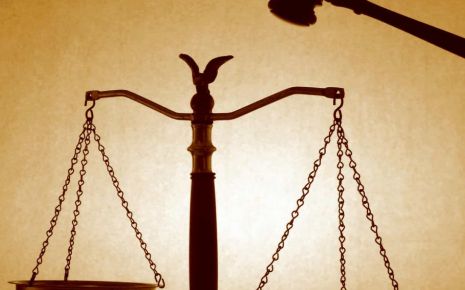