Patent and its role in economy

By Sandeep Harish | Views 6666
In the innovation economy, invention determines the future of the nation. The development in the field of science and technology plays a vital role in today's economic world. More inventions bring more economic development to the country. Patent rights not only grant rights to an inventor but also the inventor gets a share of 50% from licensing the patent. India should encourage the inventor to make more inventions and to achieve the developed position in the world's economy.

Introduction:
In the context, we have to discuss one of the prominent rights of intellectual property. In today's condition, intellectual resources play an important role in the development of both personal and country in general. The major task of the government in any country is to find new resources for its economic growth. The invention is essential but protection of that invention is the predominant one.

To protect that invention “patent rights” was introduced under patent act 1970 along with the patent rules 1972. The word 'patent' derives from Latin word 'patere' which means 'to open'. Patent is a legal right exclusively granted to the inventor to protect and prevent the invention from misusing it. Every person has the right to get a patent for its invention. Patent is given to that invention which is an unknown product, new process of making or new way of using.

The invention which fulfills all the conditions under section 47 of patent act should be recognized as patentable invention. Patent is valid for only 20 years. After completion of 20 years, the patent expired and it was placed for public use. If anyone uses the invention, first they get a license from the inventor, otherwise who uses that invention without getting a license is punishable. In this case inventors have the right to sue and get compensation, in this innovative world, achievement in the field of science and technology becomes a decisive factor of economic growth. Those intellectual resources are protected by the intellectual property rights.

Patent is a legal document granted by the national government to protect an invention and give the exclusive right to the inventor to make, sell, lease, and give license to an invention. Parent is granted only for the unique thing i.e. inventive steps must be included with the invention. Those inventions are granted under section 2(1) (m) of the India patent act 1970. Patent act 1970 replaced the patent law and the patent and designs act. It was amended in 2005.

Every single person can get a patent for his or her invention. Even two or more people jointly inverts a thing they are also capable of getting a patent for. Patent is a mandatory one. If one manufactures a thing, without getting a patent, no security is given to their manufacturing product from being copied or reproduced.

Here the inventor couldn't bring an action against the infringement. The aim of the patent system is to encourage the inventor for his technology by awarding him special rights to get benefits (profits) from their invention. Patent is valid for 20 years, and after that it is placed in the public domain. To keep the patent in force, renewal fees are paid for every year until the completion of 20 years.

Patent isn't easily approved by the patent office. To qualify for a patent, the invention must fulfill the three basis requirements.


Patent for inventions not for discoveries:

Some inventions which can't be patentable even if they pass three requirements are called non patentable inventions. Patentability differs from country to country. Under Indian patent act all the invention which comes under the section 3 and 4 cannot be patentable in India. Inventions which are frivolous, obvious, contrary to law, morality, contrary to well established natural law, injurious to public health, method of agriculture and horticulture, invention relating to atomic energy, duplication of known devices, discovery of scientific principles etc are not patentable in India. Patent is only a granted for invention, not for discoveries. Anyone discovering a new thing occurring in nature is usually called a discovery not an invention.

Purpose of getting patent:

It means the owner grants permission to a third party or company to make use of his or her invention. This agreement is based on certain terms and conditions such as defined purpose, territory and period for the use of an invention. Licensors may grant a license to a licensee for many reasons. To license a patent, the patent holder receives the “royalty” payments in return.

The initial stage of getting a patent is to documentation of the invention. The important criteria are to determine the novelty. Then the document is filed at the Indian patent office (IPO) along with prescribed forms. If an inventor wants to apply for a patent in a foreign country, first he should get foreign filing permission from the IPO. In case failure to seek foreign filing permission, it results in criminal liability and imprisonment for 2 years and a fine or both.

Maintainability of secrecy by IPO:

Process of renewal of patent:
Renewal fees are payable to keep a patent in force. For every year expect the first two year of grant of patent. Patent may lapse when the patent holder fails to pay the renewal fee. At that time patent holders couldn't manufacture and sell. But renew it by paying all the prescribed fees, otherwise the patent is cancelled. According to section 53, the validity of the patent is for 20 years. Renewal fee is payable until the completion of 20 years.

Patent is the monopoly right given to the inventor under section 48 of the indian patent act.
The patent holder has a power of authority over his or her invention: Most stunning example of the rights of patentee was Dr. Jonassalk who invented the polio vaccine, and he denied his patent rights. He placed the polio vaccine for the public domain, and he lost 7 crore dollars at that time. If he gets a patent for his vaccine, he becomes a billionaire. But he couldn't do it, and so that thousands of poor children are cured by the polio vaccine. Definitely we must praise him for his generosity.

In early days, India was struggling to protect the rights of patent holders. To safeguard the patentee Anton Piller Order and Mareva Injunction are implemented in intellectual property cases. Anton piller order is issued by the court in cases where the defendant may destroy the evidence.

In Bajaj Auto Ltd VS TVS Motor Co Ltd[1], the plaintiff first got patent rights. After that, the defendant introduced the same product with a small change in name. Defendant manufactures a product and sells it. Plaintiff files a suit against the defendant. The madras high court held that it had different technology, but it ordered the defendant not to manufacture and sell it until the ending of the court proceedings. Then the plaintiff appealed the case, and the Supreme Court also passed the same order. Here “anton piller order” is given to the plaintiff to search the defendant premises.

Is that defense equipment is patentable:

The inventor who inverts the equipment related to defense may not receive a patent. If the invention is used by the central government, the rights vested in the inventor's name, and the government could give a suitable compensation.

Advantages and disadvantages of patent:

Many developed countries use the intellectual resource as an important tool to develop their country's economy. By the way, India tends to increase inventions, and it gives a way to become developed nation. 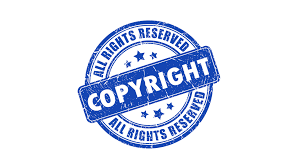 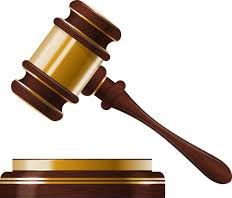