An Analysis Of Voidable Contracts

By Ayush0810 | Views 15479
When a person has assented to an offer given to him by another person, he is said to accept the offer and this accepted offer becomes a promise. When two parties who have accepted each others promise and have provided the adequate consideration the promise turns into an agreement.[1] This is given in section 2 (e) of the Indian Contracts Act, 1872. An agreement which is enforceable by law takes the form of contract. This is reiterated in section 2 (h) of the ICA, 1872.

Types of Contract:
There are basically three type of voidable contracts:
Initially voidable contracts
These types of contracts are covered under section 19 and section 19 (A) of the ICA. Section 19 covers those type of agreements that are entered by the ways of coercion, fraud and misrepresentation. This section precisely says that an agreement which is entered into by the parties without the free consent of any one of the parties and the consent is taken through coercion, fraud or misrepresentation, the contract is said to be voidable at the option of the party whose consent has been taken with the help of these means. It says that if the party whose consent has been caused by fraud or misrepresentation wants the contract to go on then he shall be put in the position in which he would have been in if the misrepresentation made to him had been true.

There are two exceptions to this section:
Coercion
Coercion is defined in section 15 of the ICA. It is defined as:
committing or threatening to commit an act which is forbidden by the Indian Penal Code (45 of 1860), or the unlawful detaining, or threatening to detain, any property, to the prejudice of any person whatever, with the intention of causing any person to enter into an agreement.[5]

The place at which coercion is done doesnt necessarily require the IPC to be applicable at that place. When consent to a party is taken by coercion, it renders the contract voidable.

Suicide is not considered punishable under the IPC but the act in itself could be used to threaten someone to take consent. This was held in a famous case named Chikham Amiraju V. Chikham Seshamma[6], by the Madras High Court. The issue involved was whether threatening to do the act of committing suicide to take the consent of a party, can be considered as coercion.

The facts of the case were such that a Hindu male on account of committing suicide, threatened his wife and his son to deliver to a certain property to his brother. Madras High Court held in this case that the threat given by the man to commit suicide totally amounted to the coercion, given under article 15 of the ICA. There was a difference in the opinion relating to this issue. The dissention judges were of the view that though suicide is not punishable, attempt to suicide in punishable under the IPC. Notwithstanding this fact, the majority opinion was that the reason behind suicide not being punishable is that the one who commits suicide is not available to be punished.

Fraud
Fraud is explained in section 17 of the Indian Contract act. It can be defined as the intentional misrepresentation of facts done by a party in order to deceive the party or in order to induce him to enter into the contract.[7] Fraud renders the contract voidable.

The following acts can be put under the bracket of fraud:
Some of the landmark cases discussed on fraud are discussed below:
Misrepresentation:
When misrepresentation is involved in this agreement it renders the agreement voidable.[10] This is explained in section 18 of the Indian Contract Act and includes:
Some of the landmark cases discussed related to misrepresentation has been discussed below:
Section 19 (A)
In an agreement when the consent of a party is taken on account of being under influence, the agreement becomes a contract that is voidable at the option of the option of the party whose consent was so taken. This is given in section 19(A) of the ICA, 1872. The contract can be set aside by the court in a way it seems to be correct if one of the parties has received undue benefit.

Undue Influence- It is said that undue influence is being exercised when the relationship existing between the parties is such that one person is able to dominate the will of another and also use that to gain undue advantage.[13]

A person is said to exercise under influence if: The burden of proof that undue influence is not being exercised depends upon the party who is in the position to dominate the will of the other party.

Some of the landmark cases discussed on undue influence are listed below:
If one of the parties is at the position of undue advantage as a consequence of the voidable contract being rescinded, the aggrieved party can file a suit for the breach. Restitution under section 39 is dealt by section 64 of the ICA.

Section 64 of the ICA says that When a party puts an end to a voidable contract, the other party need not perform and if the rescinding party has incurred any benefit from the contract, he shall restore the benefit he had received.

Muralidhar Chatterjee v. International Film Co Ltd.[15]
The defendants (a firm of film importers) agreed with the plaintiffs to supply three films in three months respectively. The plaintiffs were supposed to pay fixed money. Rs 2000 was paid against this and one film was delivered. But due to some technicalities the film was taken back. So, essentially the money was paid without the film being delivered. The plaintiffs were then of the opinion that there is a breach of contract on account of delay and breach of contract. They sued the firm for the refund of money. The privy council in its judgement said that the money is supposed to be refunded as per section 64 of the ICA. In the judgement Sir George Rankin said The contract which may be put an end to under section 39 is voidable.

The compensation aforementioned is dealt under section sec 73 of the ICA. Section 73 says that if the contract is broken, the party who suffers on account of the breach is entitled to receive compensation for any loss or damage done to him in the usual course of breach of contract.

Ramchandra Narayan Nayak v. Karnataka Nerravari Nigam Ltd[16]
The contract was for making a canal and the other department had to supply cement. The digging was commenced by the contractor and the material was not supplied and nor he was allowed to take the material from outside. The department considered this to be breach of contract. The security money was also forfeited. The payment for that done part of the work was all withheld. The court was of the opinion that the forfeited and the held money should be released due to the fact that the department had disabled the contractor from performing the contract.

Bhudra Chand v. Betts[17]
The plaintiff contracted with the defendant to engage his elephant for the purpose of kheda (to capture wild elephants). The contract had time as an essence. The elephant was supposed to be delivered on 1st October, 1910. The defendant applied for extension till 11th and still not delivered it. The plaintiff sued for breach and damages. The court held that the parties had the intention for time to be the essence citing the reason that the extension was asked considering time to be the essence.

So, the cases in which the contracts start normally, but at a later stage it becomes voidable due to one of the parties, are called subsequently voidable contracts and are delt under section 39, 53 and 55. 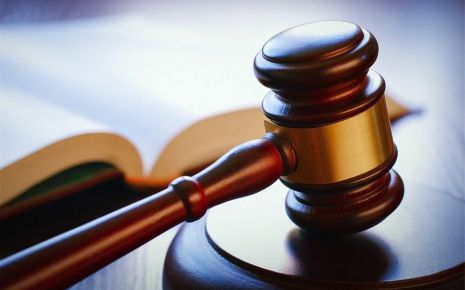 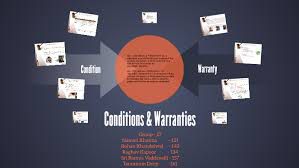