By AradhyaSLS | Views 4506
Law and its application of economics and vice-versa used to be constricted as a two-fold interpretation for a long time. One of the interpretations being statutes legislated by governments to protect consumers from acquisitive business practices and ensure fair competition, thus falling under the ambit of antitrust laws. 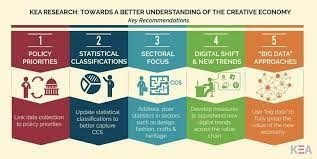 It is important to reflect that man is a social animal and to live in a civilized society, he or she has to be regulated by means of laws governing the conduct at the personal as well as community level. In the context of law and economics, the second interpretation expanded into the more traditional areas of the law, such as property, contracts, torts, criminal law, administrative and constitutional law, etc. which are used for explaining, predicting, and regulating how people act under various legal constraints.

Lawmakers, authorities, and community organizations have been working together for the last decade to tap the economic opportunities of ingenuity. The creative economy includes music, filmmaking, and broadcast, as well as gaming, advertisement, publishing, and literature, as well as architecture, design, art, and fashion. John Howkins identifies fifteen key industry areas that he associates with the creative economy, which he terms the “core creative industries.” He describes these industries to be “where creativity is the most important raw resource and the most valuable economic product. The concept of the creative economy originated in this book.

The creative industries, as one of the fastest-growing sectors in the global economy, are both powerful drivers of economic growth and significant marauders of economic infrastructure. Many attributes of the creative economy make it a sustainable force for economic growth, progress, and cultural identity. It encompasses the collaboration of economic, cultural, and sociological influences with technology, intellectual property, and tourism aspirations. However, its many attributes do not meet an end by its influences in isolation.

It is a set of knowledge-based economic operations with a developmental dimension and cross-cutting links to the economy in general at macro and micro levels. Despite increasing recognition of the importance of promoting creative employment, such as those in the arts, this industry is still in its nascent phase and is facing heightened challenges as a result of the recent global economic downturns and a myriad of difficulties due to the COVID-19 pandemic.

Unsurprisingly, the standards for identifying the sector are established by the strategic objectives. The United Nations resolution on the Creative Economy for Sustainable Development emphasizes the sector as a vital component for achieving the Sustainable Development Goals in a fair and inclusive way. The resolution was co-sponsored by 81 nations, accounting for about half of the world's population, and was adopted by consensus by the United Nations General Assembly (UNGA) on December 19, 2019.

Why creative economy for lawyers?

External market pressures to reorient legal services in a manner that best responds to clients and the new economic dynamics are mounting as the Fourth Industrial Revolution advances. This has to do with comprehending the nature of the creative economy and how it affects how lawyers would conduct themselves in order to thrive in the legal profession. The purpose of this article is to highlight some of the many legal aspects and advocacy opportunities that intersect with the creative community, rather than to provide legal solutions or policy directives.

The shift to a creative economy does not imply that the lawyer's role, as well as other positions that predominated in the Information Age, would become obsolete. Rather, the services of lawyers and other Information Age employees will remain essential and valuable in our society. The legal service providers and other professionals who will remain successful are those who can recognize the colossal economic forces changing and reshaping our society.

This is necessary because only then they will be able to figure out how to be helpful and relevant in the new landscape. It's also important to note that there are a considerable number of people in the legal community who have honed and refined the specific skill sets required for the various services.

Law is a very precise discipline, whether in study or profession. Well, the biggest challenge actually lies here. As a matter of personal opinion, acceptance of which lies on one’s own reflectivity and experiences, in the modern world, solving complex phenomena requires the cooperation of many different experts. This is a cross-cutting phenomenon in itself as circumstances are less likely to go meticulously under a particular heading.

The creative economy boom should impact Indian lawyers because it has an impact on employment opportunities and overall quality of life for all Indians. Furthermore, the scope of the legal assistance clients would need from their attorneys will be influenced by the changing economic environment, which will have an impact on how communities function and how businesses are run. The terms “business” and “organization” are used interchangeably throughout this article to refer to an enterprise involved in either for-profit or nonprofit activities.

Being a lawyer requires creativity too!

Being a lawyer necessarily involves a great deal of reading and interpretation, but it also involves a great deal of abstract thinking and interpretation. Good communication, accountability, and originality will be among the main qualities that clients will look for in their lawyers in the years ahead. Lawyers will need to improve their communication and creative skills even more so than they do now. In order to succeed, the lawyer of the future must be able to quickly adapt to change which shall require initiative and independence in the long run.

Law will get more dynamic as well, with lawyers learning more languages and studying in various countries. There is also a belief that nation-states will have less control and that international organization such as the BRICS, European Union or ASEAN will have more influence. Clients are now constantly seeking speed, spontaneity, and reliability from their legal counsel.

It is also anticipated that technology will now be required to simplify the most common activities undertaken by lawyers. For example, experts anticipate software that will "understand" specialists that dictate a few facts and details to their computer, which then creates legal records – translations would be automated, and the most basic legal questions will be answered automatically by Artificial Intelligence (AI). Furthermore, technologies may have a huge impact on human resources. This may include everything from project management and optimization to more transparent processes and methods for organizing lawyers and assigning them unique tasks.

Lawyers may play a critical role in promoting business growth by assisting the innovative sectors of the economy, given their particular capabilities and the legal obstacles frequently faced by startups and organizations seeking to join creative fields. Local communities will create happier and more socially stable communities by embracing artistic pursuits with the aid of lawyers and increased support for the creative industry in general.

The global economic shock triggered by the COVID-19 crisis is now equivalent to the world economy post-World War II. With global GDP falling by at least 3.5 percent in 2020, it's no joke that we're in the midst of the deepest recession of the twenty-first century. Despite the contraction in economic growth, the COVID-19 crisis provides India with an excellent opportunity to establish a self-sufficient economy dependent on domestic investment and exports.

Furthermore, the political and social agenda has taken precedence somewhere down the way, possibly because the center of power is more at ease with it, and it lacks the political bandwidth and cognitive room to do both. Growth, despite being a stated goal, has taken a back seat, particularly if it necessitates behavior that could incur major political costs.

The Indian economy will benefit from favorable factors in 2020, such as a strong monsoon, pent-up market demand, and a sound monetary policy. The current decade will be full of major improvements that will bring both obstacles and opportunities. Economic development over the next decade will present problems in terms of meeting growing energy demands in cost-effective, sustainable, and environmentally friendly ways.

Over this decade, pressures on natural resources will increase. Local creative businesses, including companies engaged in urban economic growth, are often small in scale due to restricted financial resources and struggle to bring operating costs minimally. Furthermore, innovative companies are often run by people who are professionals in their respective creative fields but not in the complexities of business management.

Despite the enormity of national economic problems, much more can be done on a local basis to alleviate economic hardships. Indeed, a core component of improving the Indian economy is focusing on local and regional economic solutions. By aligning with an already growing trend favoring creative and innovative economic growth, the emphasis on creativity and innovation in promoting community economic development allows for the maximization of growth efforts.

Conclusion
The artistic community within a region is a valuable and homegrown resource, and its encouragement and enhancement support the whole community. Because of their legal expertise, lawyers are well-positioned to further promote the creative economy. Lawyers and the legal industry profit socially and positively from their interactions with creative practitioners and increased knowledge of the creative economy, in addition to offering a significant benefit to the broader community by offering legal assistance. Lawyers would have more job security as a result of their quick responses to shifting industry needs and ability to participate in the emerging creative economy.

The Role of Cyber Law in Cy...

Promoter to Person in Contr...