By Abhayan | Views 18291
Rape is a type of sexual assault usually involving sexual intercourse or other forms of sexual penetration carried out against a person without that person's consent. The act may be carried out by physical force, coercion, abuse of authority, or against a person who is incapable of giving valid consent, such as one who is unconscious, incapacitated, has an intellectual disability or is below the legal age of consent. The term rape is sometimes used interchangeably with the term sexual assault.

In India, marital rape exists de facto but not de jure i.e., the definition of rape under section 375 of Indian Penal Code does not include marital rape as a criminal offence. Exception 2 of section 375 states that Sexual intercourse by a man with his own wife, the wife not being under fifteen years of age, is not rape. This is based on the notion that once married, a woman does not have the right to refuse sex with her husband. This gives husbands the right to have sexual access over their wives in direct contravention of the principles of human rights and provide husbands with a licence to rape their wives.

This paper seeks to analyse the legal aspect of marital rape in India.

The following three kinds of marital rape are identified by legal scholars as generally prevalent in the society:
Battering rape: In battering rapes, women experience both physical and sexual violence in the relationship and they experience this violence in various ways. Some are battered during the sexual violence, or the rape may follow a physically violent episode where the husband wants to make up and coerces his wife to have sex against her will. The majority of marital rape victims fall under this category.

Force-only rape: In what is called force-only rape, husbands use only the amount of force necessary to coerce their wives; battering may not be characteristic of these relationships. The assaults are typically after the woman has refused sexual intercourse.

Obsessive rape: Other women experience what has been labelled sadistic or obsessive rape; these assaults involve torture and/or perverse sexual acts and are often physically violent.

Legal Position In India
Criminal Law Aspect:
The IPC defines rape under sec. 375 as:
A man is said to commit rape who, except in the case hereinafter excepted, has sexual intercourse with a woman under circumstances falling under any of the six following descriptions:
Explanation:
Penetration is sufficient to constitute the sexual intercourse necessary to the offence of rape.

Exception:
Sexual intercourse by a man with his wife, the wife not being under fifteen years of age, is not rape].

Under Section 376-A added in 1983 in the IPC, 1860, rape of judicially separated wife was criminalized. It was an amendment based on the recommendations of the Joint Committee on the Indian Penal Code (Amendment) Bill, 1972 and the Law Commission of India.

Thus, a husband can be indicted and imprisoned up to 2 years, if firstly, there is a sexual intercourse with his wife, secondly, without her consent and thirdly, she is living separately from him, whether under a decree or custom or any usage. Otherwise, a man is not liable for any sexual act that he forcefully performs on his wife (except sodomy), unless they are living separately under a decree of separation.

According to the Indian Penal Code, 1860, it is rape if there is a non-consensual intercourse with a wife who is aged between 12 and 15 years. However, the punishment may either be a fine or an imprisonment for a maximum term of 2 years or both, which is quite less in comparison to the punishment provided for rape outside the marriage.

Otherwise, a man is not liable for any sexual act that he forcefully performs on his wife (except sodomy), unless they are living separately under a decree of separation despite the fact that the wife may be subjected to much sexual humiliation.

Thus, rape in India is a grievous offence, but it is an offence that is recognized only outside the boundaries of marriage.

Civil Law Aspect
Marital rape is not a criminal offence in India but it is partially covered under a civil law. The Protection of Women from Domestic Violence Act, 2005 clearly states that any act, omission or commission or conduct of the respondent shall constitute domestic violence in case it harms or injures or endangers the health, safety, life, limb or wellbeing, whether mental or physical, of the aggrieved person or tends to do so and includes causing physical abuse, sexual abuse, verbal and emotional abuse and economic abuse. It states that sexual abuse includes any conduct of a sexual nature that abuses, humiliates, degrades or otherwise violates the dignity of woman.

Thus, marital rape is an act that humiliates and abuses the woman and it also violates the dignity of the woman. It can be concluded that sexual intercourse without the consent of the wife comes within the ambit of domestic violence. A wife can seek a civil remedy for marital rape under this Act. The civil remedies include protection orders, judicial separation and monetary compensation. Thus, this Act only provides a recourse to the woman to remove themselves from the violent and dangerous situation but it does not do anything to deter the violent behaviour itself.

Constitutional Law Aspect
Marital rape is a non-criminalized criminal offence that is violative of Article 14 and Article 21 of the Indian Constitution.

Article 14 of the Indian Constitution ensures that:
The State shall not deny to any person equality before the law or the equal protection of the laws within the territory of India.
Although the Constitution guarantees equality to all, Indian criminal law discriminates against female victims who have been raped by their own husbands.

The exception provided under section 375 of the Indian Penal Code violates Article 14 because it discriminates married women who are above 15 years of age with the ones who are of 15 years. It creates two classes of married women, although there is no reasonable nexus as to why such classification is done.

In Budhan Choudhary v. State of Bihar and State of West Bengal v. Anwar Ali Sarkar, the Supreme Court held that any classification under Article 14 of the Indian Constitution is subject to a reasonableness test that can be passed only if the classification has some rational nexus to the objective that the act seeks to achieve.

But Exception 2 frustrates the purpose of Section 375: to protect women and punish those who engage in the inhumane activity of rape. Exempting husbands from punishment is entirely contradictory to that objective. In reality, this Exception encourages husbands to forcefully enter into sexual intercourse with their wives, as they know that their acts are not discouraged or penalized by law. Because no rational nexus can be deciphered between the classification created by the Exception and the underlying objective of the Act, it does not satisfy the test of reasonableness, and thus violates Article 14 of the Indian Constitution.

Exception 2 is also a violation of Article 21 of the Indian Constitution. Article 21 states that:
No person shall be denied of his life and personal liberty except according to the procedure established by law.

The Supreme Court has interpreted this Article in various judgments to extend beyond the purely literal guarantee to life and liberty. Instead, it has held that the rights enshrined in Article 21 include the rights to health, privacy, dignity, safe living conditions, and safe environment, among others.

In Bodhisattwa Gautam v. Subhra Chakraborty the Supreme Court said that:
rape is a crime against basic human rights and a violation of the victim's most cherished of fundamental rights, namely, the right to life enshrined in Article 21 of the Constitution.
Yet the laws in India negates this very pronouncement by not recognizing marital rape.

In the State of Karnataka v. Krishnappa, the Supreme Court held that:
sexual violence apart from being a dehumanizing act is an unlawful intrusion of the right to privacy and sanctity of a female.

In Justice K.S. Puttuswamy (Retd.) v. Union of India, the Supreme Court recognized the right to privacy as a fundamental right of all citizens. The above rulings do not distinguish between the rights of married women and unmarried women and there is no contrary ruling stating that the individual's right to a privacy is lost by marital association. Hence, it can be concluded that rape is a violation of the fundamental right enshrined in Article 21 irrespective of the fact that the woman was married to the person committing such a heinous crime.

The above conclusions clearly reflect that marital rape is an infringement of Article 14 and Article 21 of the Indian Constitution.

Conclusion
Marriage is not just an institution; it is solemnizing of coming together of two persons. And under these circumstances, protecting the interest of the parties to a marriage is imperative. Marital rape is a heinous crime which is equivalent to rape per se. It has a severe and long- lasting effects on women.

The physical effects of marital rape may include injuries to private organs, lacerations, soreness, bruising, torn muscles, fatigue and vomiting. Women who are raped by their partners are likely to suffer severe psychological consequences as well. They live under the constant fear of getting hurt every now and then.

The criminal law does not recognize marital rape as an offence under section 375. The Bench in Nimeshbhai Bharatbhai Desai v. State of Gujarat, stated that the wife does not have a right to initiate proceedings against her lawfully wedded husband for the offence of rape punishable under Section 376 as the idea is that, by marriage a woman gives irrevocable consent to her husband to have sex with her any time he demands it.

The Bench however strongly stressed that marital rape is not merely a concept and stated that:
It is time to jettison the notion of implied consent in marriage. The law must uphold the bodily autonomy of all women, irrespective of their marital status.

It is the need of the hour to make marital rape a criminal offence in order to reduce the rate of a non- criminalized crime in India.

The lawmakers must realize that if the sanctity of the Constitution is to be maintained, the dignity and honour of the women must be vindicated. The fundamental duty of every citizen of India to denounce practices derogatory to the dignity of women as well as to value and preserve the rich heritage of our composite culture is pointer to that very fact. The culture and tradition of India emphasizes on strength not abuse, equality, not power and control. 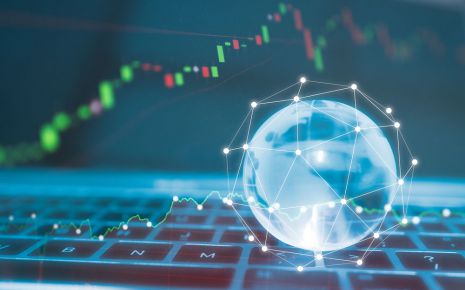