Can We Reserve For The Ones Who Deserve?

By Singh Aishwarya | Views 5538
Reservation a system, that has a prolonged historical background and reasons for its existence. It was created for the adequate representation and upliftment of the backward and marginalized sections of the people.. But, is the system of reservation fair for everyone? Aren’t the deserving persons trapped between the walls of this system? This article is not written to demean the policies of reservation but to have a look on various aspects of it that are essentially needed to be modified. This article is mainly concerned about the situation prevalent in the educational institutions and the depravity of this system.

The main motive of this article is to find the answer of this question that:
whether it is justified that the ability and potential of the individual is not taken into consideration while admitting the students into various educational institutions? Why this reservation system allows the admission of students even after scoring lower marks and reject the others in spite of decent marks? Why the criteria is like that? Just because they don’t fall into the SC, ST or OBC category?

Reservation is a system that has been provided to the unprivileged and disadvantaged people for their representation in various fields such as Education, Jobs, Politics and so on.

Emergence of the Reservation system

As we all are very well acquainted with the fact that the issue of religion and caste have always been a trigger point in our nation. It has the potential to aggravate conflicts among different communities. A very well example through which we can relate is the division of our country into two nations on the basis of religion.

In the historical period, Hindus were divided among Brahmins, Kshatriyas, Vaishyas and Shudras. The Shudras were treated as backwards and untouchables and they were even considered as  slaves and inferiors .Even the well known personalities like B.R Ambedkar and Mahatma Gandhi faced a lot of inhuman behaviour because they were considered as Dalits.

In 1882, William Hunter and Jyotiba phule, formed the idea of caste-based reservation system. Various decisions were made afterwards, regarding the reservation and then came the most prominent one The Mandal Commission of 1991. It was observed that almost 52% of the total population belongs to the other Backward classes and that led to the acceptance of proposal by B.P Mandal in 1990. The Mandal Commission was accepted, reserving 27% seats for the Other Backward Classes (OBCs).

After that in 1992, the landmark judgement given by the Supreme court in Indra sawhney v. Union of India stated that the state shall not raise the cap of 50%  in reservation.
Currently,15% reservation is for the SC, 7.5% for ST,27% for the OBCs and 10% for the EWS category, that has been proposed by 103rd  constitutional amendment,2019.

Constitutional provisions for Reservations in India

There are many provisions of the constitution for the protection of marginalized and the reservation system.
The Real Problem
Can’t this current system of reservation be modified on the basis of the ability of individuals? As stated under article 29(2) of the constitution of India that it shall prevent educational institution from not admitting students on the basis of religion, caste, race, or language, but the educational institutions are doing the same with the general category students. Only the way of rejection is slightly different and indirect. Can’t this setting of different cut off marks for a lot of government exams on the basis of caste promotes discrimination?

In almost all the government competitive examinations, the prescribed marks to qualify the exam for the SC,ST is much lesser than what is required for a general category student to qualify in that particular examination. WHY? Are these students less competitive than the general category student? Or Does knowledge varies from caste to caste? Does the adequate social representation means Giving privilege to the undeserved?

Just think of the injustice that is happening in this scenario with students who fall under the general category. In spite of putting a lot of hard work, they are not able to get into their dream college.

And yes, it’s not that only the financially weaker sections are getting the benefits of this system, but the whole people( even the ones who are financially and socially strong) are taking the advantage of this system. You cannot segregate the heights of knowledge on the basis of caste. It is not the case that general category students have more potential than the other  reserved category students. They all are same then why the criteria to judge their knowledge and potential is different?

As we know very well that our education sector is deteriorating day by day due to ample number of reasons. One of them is this system of reservation in which the potential students are left out and the undeserving candidates,( just by falling into a reserved category)make it to the ladder. This phenomena has decreased the motivation among students to work hard and dream success. Ample number of students give examinations like NEET, JEE, CLAT, AILET, UPSC and so on and the reservation system also works there.

The students with even rank 20,000 get into the college but the one with rank 2400 is unable to make into it just because he is not qualified for the admission and yes also because he falls into the general category.

A lot of students commit suicide just because they don’t get a seat in their dream college and the fact is, those seats are snatched away from them by the Reserved.

Suggestions
The government should give the support of reservations in educational institutions to only those who can’t afford the education, or are financially very weak
Conclusion
The reservation system was needed to  adequately represent the backward community, the community which was considered as inferior since the time immemorial. This system was made to rectify the injustice that had been done to them and also to promote equality among the individuals. But, the ground reality is very harsh. Annihilation of casteism is the first step towards nullifying this system of reservation. But, it is not possible to nullify the reservation system totally as we have came so far.

Nonetheless, some changes can be made in spite of this fact. The modification in the present reservation system is need of the hour. For the sake of students, who aspire to become doctors, engineers, lawyers from a renowned institution, the reservation policies should be changed. 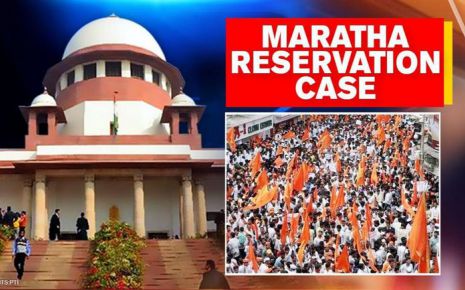