By Mahaktanwar | Views 8340
This paper critically evaluates the provisions of the Bonded Labour System (Abolition) Act, 1976. Abolition of the bonded labour system has been a constant struggle in India. There are several problems which are associated with it which must be tackled with. The two most significant causes of bonded labour which emerged during the research were:
This paper is divided into five segments. The first part discusses the constitutional context of bonded labour along with relevant case laws. The second part focusses on a brief overview of the salient features of the bonded labour system (Abolition) Act, 1976 along with a critical analysis of these provisions.

The third part comprises of a brief comparison between the bonded labour and contract labour. The fourth paper includes a few recommendations and suggestions which can address the bonded labour system in India and help minimize its practice. Lastly, the paper concludes itself with the impact of Covid-19 on the Bonded Labour System in India.

Introduction
The concept of bonded labour in India is not novel, rather it is another form of slavery which is an amalgamation of inhumane exploitation and discrimination. It originates from underlying socio-economic structures which can be mainly characterised as the "caste system" wherein the majority of bonded labours belong to the Dalit or indigenous class of people like the Adivasis. In the ancient Indian era, there was proximity between the occupational status and the caste of an individual, the same system continues to be prevalent even today.

The entire mechanism of bonded labour was much more prevalent in the pre-independence period, following which Article 23 of Indian constitution was drafted which prohibited the practice of any form of forced labour and made all such practices punishable. Even though there was a constitutional provision which prohibited any form of forced labour, the parliament failed to enact a law which explicitly abolished the practice of bonded labour.

The bonded labour system (Abolition) Act, 1976 (herein referred to as the Act) was enacted to abolish the system of bonded labour to not only prevent physical exploitation of the people belonging to weaker sections but also to ensure equality and right to life as enshrined under the Indian Constitution. The Act defines a bonded labourer as "a labourer who incurs, or has, or is presumed to have incurred a bonded debt"[1].

The most significant feature of a bonded labourer is his loss of power to bargain i.e. lack of ability to raise a voice against the creditor who subjects him to inhumane and unequal treatment. When the labourer is unable to reimburse the debt to the creditor in a similar form, then he renders services on conditions which are not only brutal but also inhuman and discriminatory. The entire system is a representation of unequal exchange which not only represents severe violations of human rights but is also a disgrace to the labour's dignity.

The bonded labour system is an outcome of a debt-bondage system under which the debtor agrees along with the creditor that he would render services either himself or through his family members for a time period without any form wages.[2]

Constitutional Context of Bonded Labour
Under the Indian Constitution, Article 23(1) prohibits human trafficking and other forms of forced labour and also provides that contraventions to this article are punishable in accordance with the law. [3] In India, the scope and content of this article came in for judicial interpretation in the case of People's Union for Democratic Rights Vs. UOI [4] (Asiad workers case) in 1982.

While disposing of the writ pertaining to the Supreme Court made the following observations:
All forms of labour are covered within the ambit of article 23 of the Indian Constitution, even if the labour voluntarily enters into such a contract with the debtor. Forced labour can arise in multiple ways like:

In the case of Bandhua Mukti Morcha Vs. UOI [6], Justice Bhagwati gave a very liberal, broad and an expansive definition to the bonded labour system in India. The court went beyond the plain literal definition of Section 2(g) of the Act and broadened its scope while interpreting the case. As per Justice Bhagwati's interpretation of this case, it was not necessary to prove any element of loan, debt or advance beyond the reasonable doubt in a creditor-debtor relationship as they belong to two diametrically opposite sectors of the society.

Since the debtor is usually poor, has lesser access to resources and in need of defence, whereas the creditor is richer, influential and socially more dominant thus they are bonded in a relationship which is based on unequal exchange. In this case, the main issue was about the mere existence of bonded labour in a stone quarries factory. It was alleged by the workers that they were compelled to migrate from various states and were then forced into a bonded labour system.

The entire system of bonded labour lies within the fact that there is an obvious existence of social inequalities i.e. where one is more affluent than the other which in turn forces the weaker individuals to depend upon the affluent individuals for their survival. Therefore, this unequal dependence leads to immense brutalities. Despite having several legislations to protect the bonded labour, this evil system continues to exist in Indian society. This system needs to eradicate from the deep roots of our country as it strengthens caste-based discriminations and is violative of the basic structure of our constitution– equality as is enshrined under Article 14 of the Indian constitution.

At the same time, it is equally important to address the mental and physical trauma that bonded labour is subjected too. They are deprived of basic human and fundamental rights which can cause an immense effect in their overall wellbeing. In the case of Neerja Choudhary Vs. State of MP[7], the court held that a mere identification and release of the bonded labour is not sufficient, rather, after their identification and release they must be rehabilitated otherwise they would be vastly subjected to poverty, despair and helplessness which would force them to become bonded labour again. Therefore, to remove this system from the grass-root, rehabilitation of the bonded labour is of equal importance.

The Bonded Labour System (Abolition) Act, 1976- Salient Features and Criticisms Even though the Act has successfully provided relief to several Bonded Labourers and has helped address situations wherein gross violations of human rights takes place, it also has some loopholes which adversely affect its applicability and efficiency.

Some of the key issues are enumerated below:
Brief Comparison between Bonded Labour and Contract Labour
Contract labours are employed for a fixed-term contract which maybe fixed in terms of time. This ensures the employee with employment for a fixed duration. The contract could also be fixed in terms of a project which ensures the employee that his employment is secured till the completion of a project. Lastly, contract labours can also be employed seasonally, for example- for agricultural purposes.

On the other hand, bonded labour occurs when an individual owes to some other individual and there is no scope for repayment. In such instances, the debtor enters into a relationship wherein he works for the creditor as a way to pay off the loan or debt. The nature of work and the time duration for such work may or may not be defined. There are no contractual obligations in the bonded labour system and this could lead to severe and gross violations of human rights.

Recommendations and Suggestions
Every individual is endowed with a right to live with dignity. The bonded labours have not seen the light of the day and their right to live with dignity is mostly denied blatantly. Even though the Indian Constitution and the Act provide legislations which provides for various protection and prohibit the practice of bonded labour, however, the system is very much prevalent even in the current times due to various implementation failures and other factors. There is an urgent need for political as well as unconventional recommendations to eradicate this problem from the roots of India.
Impact of Covid-19 on Bonded Labour System in India
The pandemic and the lockdown which India faced earlier has resulted in a massive loss of livelihoods in the economy. The informal sector remains the worst hit. Many vulnerable individuals and their families who lost their source of livelihood within the informal sector are in an urgent need for funds for survival. However, with little or no savings and limited access to state support, they fall at a greater risk of falling prey to the lenders who provide a credit on their terms including debt bondage.[15]

Now more than ever, there is a huge risk of workers likely to fall prey to contract debts to support themselves and their families, thus increasing the risk of debt bondage. Many of these vulnerable people have previously worked as bonded labour, however, with the sudden lockdown which crippled their livelihoods, many of them have no option other than to borrow money at the terms of the creditor and moneylenders to keep themselves afloat.

Even though the Apex Court had advised the NHRC to form guidelines to protect and rehabilitate bonded labours during the pandemic, however, this seems to be inefficient due to several factors like:

Conclusion
Abolition of the bonded labour system has been a constant struggle in India. There are several problems which have to be addressed and tackled with. However, the two strongest reasons for the existence of bonded labour system in the current times are firstly, the predominant caste structure of India and secondly the extreme poverty.

Even though the Act read with Article 23 of the Indian Constitution declares the system as illegal, there are several issues pertaining to its implementation which makes this system prevalent even today. NHRC constantly encourages the state governments to conduct surveys and provide rehabilitation to the bonded labours but the results continue to remain staggeringly poor due to aforementioned reasons. Till the point the law does not instil its existence even at the lowest sections of the society, it would be regarded as insufficient, despite having a statutory recognition.

Therefore, preventive as well as reformative methodology must be followed. The bonded labour system must severely be condemned and eliminated from the grass-root levels of the society. Proper implementation of the existing laws and rules could work wonders and can actually make the Indian society completely free from such forms of oppressive systems which restrict social prosperity. 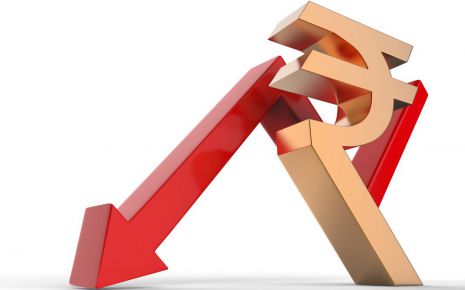 The Indian Gig economy and ... 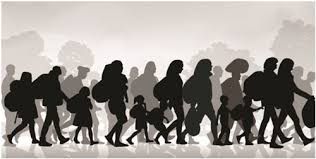