By Archana Yadav | Views 15028
The provision of Arrest is given in the Chapter V from section 41 to section 60 of the Code of Criminal Procedure, 1973.

This chapter deals with provisions of Arrest of Persons and the rights of arrested persons. Questions like:

Etcetera have been answered in the said provisions. In this assignment, I will be dealing with a primary question, When can a Police Officer arrest without warrant or without an order of magistrate?

Accordingly, the attendance of the accused can be secured by his arrest.

Thus, arrest is the first step in the process of investigation and trial after complaint. Arrest of a person can be effected in two ways:
Conclusively, Arrest can be understood as, the deprivation of a person at his liberty by legal authority or at least by an apparent legal authority.

Definition:
The term arrest has been neither defined in the Code of Criminal Procedure, 1973 nor in any other enactment of Law dealing with criminal offences.

However, various jurists and judicial precedents have laid down a framework which can referred to understand this term.

Some of such definitions are given below:
When a Police Officer may arrest without warrant
Section 41 of the Cr.P.C. deals with the main situations when a police officer may make an arrest without a warrant or without an order of a magistrate. This is to be noted that if the Police Officer makes or does not make any such arrest, he must record the reasons of his act in written.

Section 42 states another situation when a police officer is authorized to make an arrest with a warrant or order from magistrate.
This section authorizes any police officer to arrest a person Such arrest may be made in order to ascertain the real identity and address of the said person.


Case Laws relating to Power of Police to arrest without a warrant or without an order of a magistrate:

Stages in Commission of an ... 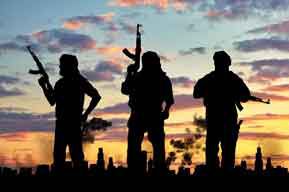