Copyright And Leading Treaties Of Copyright

By Aanya Singh | Views 4286
Intellectual property rights are those that arises on the creation of a product out of one’s intellectual work. The word ‘intellectual’ connotes only one idea, which is, mental work, viz imagination. According to the World Intellectual Property Organization (WIPO) intellectual property “refers to creations of the mind: inventions; literary and artistic works; and symbols, names and images used in commerce”.[1]

If the work created satisfies the requirements of the Copyright Act, 1957 as to originality etc., certain exclusive rights in dealing with that work are provided under the Act, on the author. Those rights depend upon the nature of the work. They include the right to make copies of the work, to distribute them, perform the work in public or communicate to the public etc., which others are not permitted to do, in relation to that work, without the author’s consent.

The importance of stating that copyright inheres in the author is that on the conditions of section 13 of the 1957 Act being satisfied, copyright in that work will vest in the author of the work, without any further act by the author after the creation of the work. Unlike in the case of a patent, there is no grant of copyright by any public authority.

Registration of the copyright is not compulsory for the purpose of exercising any of the rights under the 1957 Act. But in actual practice, registration of the copyright according to the procedure provided under the 1957 Act is obtained by the author, especially if the work is of significant commercial value, so that infringers, actual and potential, would be put on notice on the fact of copyright vesting in another and would not be in position to advance the defence in infringement proceedings that they were not aware of copyright having vested with the complaint.[2]

The Historical Evolution of the Copyright Act, 1957

Changes were made to the 1957 Act by amendment Acts of 1983, 1984, 1992, 1994 and 1999 and 2012. Of these the amendments made in 1994 were comprehensive. The 1999 amendments were provisions made for the purpose of meeting the obligations under TRIPS and relating to certain other matters. Some very major amendments were made to the Copyright Act, 1957 by the Copyright (Amendment) Act, 2012. The Act is still referred to as the 1957 Act, even though it was amended several times.

Copyright subsists only to expression of an idea, not a mere idea. Copyright protection is available only to an expression of ideas. It is a basic proposition in copyright law that copyright is available only to an expression of an idea, which is the manner of expression, and not to a bare idea. For example, the simple idea such as ‘Truth will triumph’ cannot be a subject of copyright, but if an author builds a sequence of events, for example a story, which express this idea, in an original manner, meaning thereby, in his own manner, the story, which in turn means the expression of that idea, not the idea on which the story is built, will be eligible to copyright, subject to the requirements of the Act.

The Berne Convention for the Protection of Literary and Artistic Works, 1886
The Berne Convention is the oldest international Convention in the field of copyright providing the minimum standards of protection. While enacting the law in respect of the literary and artistic this convention have to be compiled which lays down fundamental principles that are capable of universal application in a manner equitable to all interested in the right.

More than that, this convention has been periodically been revised, the last revision being on September 28, 1979, is a benchmark legislation, prescribing certain minimum standards of protection relating to the rights of authors and the duration of protection and hence mandated by the WTO agreement, ‘Agreement On Trade-Related Aspect Of Intellectual Property Rights’ (“TRIPS”) for its signatories.

Main provisions
Some of the main provisions of the Berne Convention which are to be taken into consideration are the definition of “Literary and artistic works”, the protected works and the requirements for protection to them; criteria of eligibility for protection; possible limitation of protection of certain works of national of certain countries outside the union; right to enforce protected rights; infringing copies; special provisions regarding the developing countries etc.

National treatment
The most significant right out of the rights provided under this Convention is the national treatment for the works covered by the convention is automatic and is available in all the countries of union, other than the country of origin and this is not governed by any procedural formality. But the extent of the protection, as well as the means of the redress afforded to the author to protect his rights, shall be governed exclusively by the laws of the country where protection is claimed. This means that while protection is assured, the procedural means of securing it is what prescribed by the law of the country where protection is sought.

Inevitably, protection in the country of origin is governed by domestic law. The protection extended by the Berne Convention is independent of the existence of protection in the country of origin of the work. Another provision that merits consideration by any government relates to the right to enforce protected rights, particularly regarding ‘unpublished works where identity of the author is unknown, but where there is every ground to presume that he is a national of a country of the Union’.

It permits members of the Union, in such a case, to designate a competent authority which shall represent the author and shall be entitled to protect and enforce his rights in the countries of the Union. The Copyright Act, 1957 does not contain a provision availing of this right.

Compliance with some major provisions of the Berne Convention – TRIPS requirement

TRIPS Agreement is not a stand-alone agreement. By reference it incorporates appropriate provisions of previous treaties and Conventions. As far as the Berne Convention is concerned, TRIPS requires that the members of WTO shall comply with certain specific provisions of the Berne Conventions and the Appendix thereto, expecting the provision dealing with the moral rights of the author or of the rights deprived there from.

The appendix offers scope for developing countries, by reason of their status as developing countries, to vary the forms and duration of the rights, subject to the conditions stated therein. The provision of the Berne Convention which TRIPS requires to be compiled are relating to what are protected works, the rights, the classes of literary and artistic work, cinematograph and dramatic works, eligibility for protection, term of protection, fair use and related and matters.

The WTO Panel on the Interpretation of TRIPS had invited the attention of the members of WTO that through such incorporation, the substantive rules of the Berne Convention had become part of the TRIPS Agreement and that they would have to be read as applying to WTO Members.

Universal Copyright Convention originally adopted in the year 1952 and later on protocols to the Convention are done at Paris July 24, 1971. This Convention is intended to ‘facilitate a wider dissemination of works of the human mind and increase international understanding’.

The preamble of this Convention states that the Convention it was concluded on the contracting states being convinced that “a system of copyright protection appropriate to all nations of the world and expressed in a universal convention, additional to, and without impairing international systems already in force, will ensure respect for the rights of the individual and encourage the development of literature, sciences and arts”.

This convention provides for the effective protection in each of the contracting states of the rights of authors and other copyright proprietors in literary, scientific and artistic works, including writings, musical, dramatic, cinematographic works, paintings engravings and sculpture; national treatment of nationals of other contracting states in respect of their work published in their own states and unpublished work; term of protection.

Protection shall extend to works protected under the convention either in their original form or in any form recognizably derived from the original. Any dispute between two or more contrasting states concerning the interpretation or application of this convention, not settled by negotiation, shall unless the States concerned agree on some other method of settlement, be brought before the International Court of Justice of determination by it.

The WIPO Performances and Phonograms Treaty (WPPT), 1996 and The WIPO Copyright Treaty (WCT), 1996.

The WIPO Performances and Phonograms Treaty (WPPT), 1996 and the WIPO Copyright Treaty (WCT), 1996 also known as the Internet Treaties, make it an offence to circumvent technological measures employed by authors to protect their works.

Article 11 and 12 of the WCT are important advances made towards more effective copyright protection. They impose the obligation on the contracting parties to provide legal remedies against the circumvention of technological measure used by authors in connection with the exercise of their rights and against the removal or altering of information, such as certain data that identify the work or their authors, necessary for the management of their rights.

Article 18 and 19 of WPPT deal with obligations concerning technological measures and rights management information in relation to the rights of performers and producers of phonograms.

Conformity of Indian law, the Copyright Act, 1957 to the WIPO Treaties (Internet Treaties) – Insertion of new sections
The government of India recently has published a press note stating the cabinet approval on the accession to the WIPO Copyright Treaty, 1996 and WIPO Performance and Phonograms Treaty, 1996. India has amended the Copyright Act, 1957 to adopt these treaties through introduction of two sections viz, section 65A and 65B by the 2012 Amendment Act.

Conclusion
The expression of an idea may be through any medium, a book, a handwritten manuscript, a picture, a drawing, a photograph, a speech or any performance, which may be a visual pr acoustic presentation made live by one or more performers or a cinematograph film or a video film. There are several components to the concept of copyright in a work.

First, it is the work, which should be covered by one or more of the specific classes recognized by the 1957 Act, such as literary work, musical work, dramatic work etc. then comes the author or the maker of the work or one who performs the work and originality in expression of ideas. Of these ‘originality’ is the most important qualification for claiming copyright protection. Originality, for this purpose, only means that the work is that of the author himself i.e. is his or her own and not copied from the work of another.

Copyright In A Nutshell 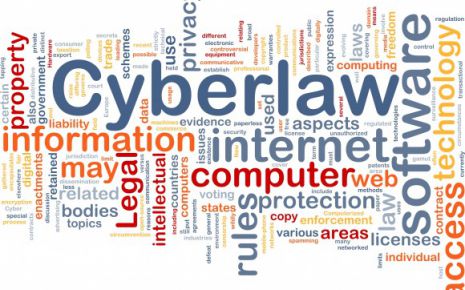 Role Of Copyright In Media ...