By Kalpnabharti | Views 8737
Recently, Bombay High court has granted 4 weeks Transit Anticipatory Bail to journalist Rana Ayaub in a police FIR on an assault case of an elderly man in Ghaziabad, Uttar Pradesh. After the court's order there was immense reaction on social media where many have raised the question on legality of this Transit Anticipatory Bail on the ground that the FIR was registered in the state of Uttar Pradesh and Bombay High court had no territorial jurisdiction to grant such bail.

438. Direction for grant of bail to person apprehending arrest.
The expression, 'Anticipatory bail' is truly speaking a misnomer and the section contemplated is not anticipatory bail but merely an order releasing an accused on bail in the event of his arrest when any person has reason to believe that he is likely to be arrested on an accusation of having committed a non-bailable offence, he may either approach to the High Court or Court of Sessions for a direction that in the event of arrest he shall be released on bail.

After such person being released on anticipatory bail by the arresting officer, the accused person within reasonable time but in no case beyond 24 hours of arrest shall appear before the court within the Jurisdiction of which he ordinarily resides. Either the Magistrate, Chief Judicial Magistrate or the Court of Sessions upon consideration of the material placed by the arresting officer and on hearing the Public Prosecutor of the locality in which the offences alleged to have been committed shall pass an appropriate order regarding regular bail under section 81 of the Code of Criminal Procedure.

But what if the person apprehending the arrest is present outside the jurisdiction of state where complaint or FIR has been registered against him in a non bailable offence?
Then, he can approach the High court or session court for Transit Anticipatory Bail in the jurisdiction where he is presently situated at that time.

The concept of Transit anticipatory bail is not provided under statute but it has been given by our courts. It is a judge made lawť. The reason behind creation of such legal concept was the absence of any legal protection to a person who were apprehending arrest from the police of different jurisdiction other than in which he is situated at the time of registration of FIR or complaint.

The concept of anticipatory transit bail is not new

In the case of N.K.Nayar and others Vs. State of Maharashtra and others1 , 1985, the Division Bench of the Court has held that interim bail for temporary period can be granted in connection with offence registered in another State.


In Sandeep Sunil Kumar Lohariya Vs. Jawahar Chelaram Bijlani @ Suresh Bijlani and others 4 case, the accused's application for transit anticipatory bail was allowed by Madhya Pradesh High court on certain conditions. The complainant/petitioner Sandeep Lohariya challenged the said Order before the apex court and the Hon'ble Supreme Court expressed shock over the nature of order passed by the High Court, and observed that, an application for anticipatory bail in the nature of transit bail has no provision under the Code of Criminal Procedure, 1973. It has been further observed that, it is difficult to comprehend under what provisions and under what authority of law such an application was even registered by the High Court of Madhya Pradesh.

But later in Javed Anand and another Vs. State of Gujarat and another 5 after considering Sunil kumar lahoria( supra) it was observed that generally the powers of High Court in anticipatory bail applications are limited to its territorial jurisdiction and the said powers cannot be usurped by disregarding principle of territorial jurisdiction, which is in the interest of the comity of the Courts, however, there may be cases where if the said protection is not granted, the liberty of an individual would be jeopardized. However, protection was granted to the applicants therein for temporary period so that applicant can approach competent forum for appropriate relief.

In case of Nikita Jacob vs. State of Maharashtra 6, the Bombay high court reconsidered the above cases and granted the relief relying upon the reasoning given in Javed Anand (supra) that temporary relief to protect liberty and to avoid immediate arrest can be granted by this Court as there may be cases where if protection is not granted, liberty of an individual would be jeopardized.

Difference between Anticipatory Bail and Transit Anticipatory bail:
The Anticipatory bail is granted where a person has apprehension of his arrest in a non bailable offence where apprehension should be reasonable and not mere a fear of arrest. While granting anticipatory bail, court examines all the material on record placed before it carefully and take care to specify the offence in respect of which the order will be effective.

But in case of Transit anticipatory bail courts generally do not delve into the merit of the case and the order is not offence specific but it has the only purpose of granting the individual who apprehends his arrest, some temporary relief from the arrest for transitional period so that the person can approach the appropriate court in whose jurisdiction the FIR or complaint has been registered.

Conclusion
The protection given under section 438, Crpc is to ensure that individual liberty must not be put in jeopardy on the instance of unscrupulous and irresponsible person. The transit anticipatory bail is to ensure that the person apprehending the arrest can avail this protection properly by approaching the appropriate forum in time with all the sufficient materials which need to be presented before the court having the jurisdiction. 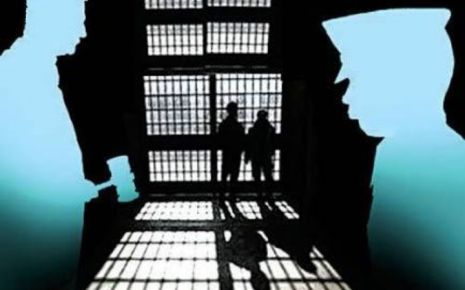