Can Educational Institutions be covered under Shops and Establishments Law?

Introduction
In India, economy is dominated by the labour class. Tracing back to the history, labour class was often discriminated and exploited from a very long time. Due to their poor and weak bargaining power, they were often subjected to humiliation. It was the need to form a tripartite agreement for a better relation between the government, employer and workmen.[1]

The concept of trade unions have also started to take a shape in the society. Trade unions were formed to provide strengths to the workmen for collective bargaining. With time, India had also adopted labour law for the protection and welfare of the workmen.[2]

Shops and Establishments Law is one of the State labour law legislation enacted by the State government. Every shops and establishments must follow the rules provided under their state and also get themselves registered under the act before 30 days of their establishment. It is a mandatory compliance that cannot be avoided under any circumstances.

Once the application is submitted before the State Labour Department, the officer must be satisfied that all the rules were duly followed before granting the recognition to open their shops and establishments.[3] This act was adopted in order to regulate the working of shops and commercial establishments that includes the rules for the payment of wages to the employees, total hours of work per day, number of leaves permissible, mandatory holidays, and even terms and conditions of the services.[4]

Every business or establishments working for profits must attain license under this act therein making the rules binding to them. Majorly all the shops, restaurants, any place of public entertainment or public place, amusement places, movie halls are all covered under this act. In the case of Parry and Company Ltd v. Commercial Employees Association[5], the court explained the objective of the act and emphasized the importance of the Labour Commissioner in case of any dispute under the act. This commissioner is set up to ensure that the rights of the employers and employees granted in the act are not compromised.

Discussion
Shops & Establishments Act is not a central legislation applicable to the entire country. But every State government has formulated their own act that are little different from state to state. The major intention and the crux of the statue remains the same for every state. In this research, few major states like Kerala, Delhi, Maharashtra, Tamil Nadu & Andhra Pradesh has been taken into consideration in order the address the research questions.


Conclusion And Recommendation
As the shops and establishment act is a state legislation, every state have formulated their own rules and regulation that gives us different meaning and interpretation. After discussing few major state laws on the applicability to the educational institutions, it can be concluded that different states have inculcated different meaning of the term commercial establishments. Even the state courts have given a different interpretation on determining whether educational institutions will be covered under the act or not.

For instance, in states like Kerala, Tamil Nadu and Andhra Pradesh, a limited scope is given to the definition of commercial establishment. It does not include the establishments that are registered under the societies act or are established as charitable institutions. But in contrast, states like Delhi and Maharashtra have specifically included those establishments under the purview of their shops and establishment act.

After comparing the several judgements by different states, it can be stated that different states have given their own views and interpretation. High Courts in Kerala, Delhi and Tamil Nadu have taken a stance by looking into the main objective of the educational institutions and restricted its applicability under the shops and establishments act.

However in Maharashtra, the Bombay High Court has held that the educational institutions will be covered under the definition of commercial establishments as they take money from the students and are operated for the profit motive. In contrast, the Andhra Pradesh High Court has specified that it will be on the decision of the state government if they want to include a specific establishment under this act by issuing it in an official gazette.

Thus, it can be said that a general view and a straight answer with a yes or no cannot be given for the research questions. Being a state legislation, it is obvious that different interpretation and applicability will be deduced by the state government along with the judiciary. However, according to me, in practicality there are educational institutions that are focusing more on private gains. Even then it cannot be said that these educational institutions are carrying out activities related to trade, business or profession. 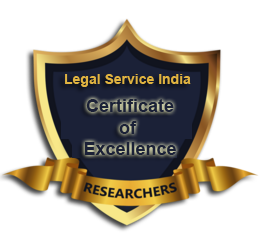 An Analysis Of The Law Of C...

Assessment and Taxation of HUF