By Anshikajain | Views 3991
Abraham had eight sons, not one, says the Bible. Each of the eight boys contributes something to the table. All of Abraham's sons were adored by him. He was a decent parent who made sure that all of his boys were read, of high character, and shared Abraham's beliefs. Abraham performed admirably. Where did we make a blunder? -- Song of Songs, Michael Ben Zehabe The Daughters' Book

Introduction
As Interfaith and Inter-caste weddings appear to be on the rise in India, a new hypothesis develops, called 'Love-Jihad.' What precisely is this? It is defined as 'the concept that Muslim men manipulate Hindu women and force them to convert to Islam,' according to the ruling administration. This irrational ideology has wreaked havoc on the modern world, where there is now no distinction between Love and Arrange marriage.

There are 1.3 billion Hindus and 193 million Muslims in India. This depicts India as a Hindu-majority country with Muslims as a minority group who experience a significant amount of hatred. The ruling BJP party has passed a number of anti-Muslim measures, escalating the problem once further. Every citizen is given a fundamental right o marry the person of their choice then, why are women denied the right to marry the person of their choice in India? Why they are not given freedom? This is not an Interfaith marriage, it's being their right or choice to marry any person regardless of the cultural faiths.

Up's Controversial Law On 'Love Jihad'
The new rule, which has been approved by the Uttar Pradesh cabinet, divides punishment and fines into three categories. Conversions carried out in violation of the law using "misrepresentation, force, undue influence, coercion, allurement, or by any fraudulent methods" will result in a prison sentence of one to five years and minimum punishment of Rs 15,000 for anyone found guilty.

The proposed law, dubbed "Uttar Pradesh Vidhi Virudh Dharma Samparivartan Pratishedh Adyadesh 2020" (prohibition of unlawful religious conversion), proposes, among other things, that a marriage will be ruled "shunya" (null and void) if the "sole goal" is to "alter a girl's religion."

Supreme Court's Stake In The Issue
The Supreme Court of India declined on January 6 to halt contentious rules recently implemented in many states to combat "Love jihad" - a false conspiracy theory accusing Muslim males of enticing Hindu women into marriage with the intent of forcibly converting them to Islam.

The states of Uttar Pradesh, Uttarakhand, and Madhya Pradesh have such legislation in existence. Other states, including Haryana and Karnataka, have expressed interest in enacting similar legislation.

The Allahabad High Court made that point on December 15, when it halted the arrest of a Muslim man from Muzaffarnagar, Uttar Pradesh, under the state's new anti-conversion statute. The man, Nadeeb, a 32-year-old laborer, was accused of trapping a married Hindu woman in a net of love in order to convert her.

The court stated that Nadeeb and his claimed victim are "adults" who "have a fundamental right to privacy" and "understand the consequences of their alleged connection." All persons are equally entitled to freedom of conscience and the right freely to profess, practise, and propagate religion, subject to public order, morality and health and to other provisions as Part III of the Constitution (that covers fundamental rights).

Recent Cases Of Love-Jihad
The first was a television commercial for a high-end jewellery chain that debuted in October on Indian television. The advertising was for Tanishq, an affiliate of the Tata Group, one of India's largest corporations, and was titled "Ekatvam," which means "unity" in Hindi.

A Hindu woman and a Muslim guy were shown getting ready for their wedding in the advertising. Some Hindu activists immediately took to social media to express their displeasure with the advertisements. Fearing violence, the firm pulled the advertisement completely.

In November, Netflix showed BBC's adaptation of Vikram Seth's novel "A Suitable Boy," which was written by the famed Indian author. According to the activists, the film "encouraged love jihad" and "hurt religious sensitivities."

As a result, they asked that it be withdrawn immediately. A Madhya Pradesh minister has filed a formal police complaint against the film.

Farhan Akhtar's new film, "Toofaan," has sparked a lot of buzzes. Another dispute has erupted about the film, which stars Mrunal Thakur as the female lead. #Boycott Toofaan has been trending on Twitter just before the film's premiere, as a portion of the internet has sought a ban on the film for encouraging love jihad.

The Pitfalls Of Modernity
In India, current religious conversions are not universally acknowledged.

Muslims have been depicted as key predators in recent laws, and the BJP by every hook and crook tried to alienate Muslims and Hindus by introducing Citizen Amendment Bill and repealing triple talaq.

Why aren't couples allowed to choose their partners regardless of religion? India requires a response to this question, being a democratic country.

Topic Of Concern
The ordinance is primarily a piece of rhetoric. The ruling party and officials use this method to pander to vote banks and create societal divides. As a result, we should proceed with care and apprehension.

The ordinance, as well as the accompanying rhetoric, is illustrative of how the social fabric is being aggressively and radically transformed by the mere power of the law.

This form of nationalism that is currently being practiced in India is no longer just about harassing people for showing affection in public. It is far more serious, and it is progressively infiltrating every part of our life. People are being compelled to join a single philosophy.

Conclusion
In India, urban couples are increasingly breaking away from the practice of arranged weddings and selecting their own lifemates, often despite religious differences. There has never been a government that has attempted to restrict such choices. Right-wing Hindu groups are harassing such couples under the Modi administration.

The continuation of this ordinance will not only jeopardise the country's fundamental rights to life and freedom of religion, but it will also harm the country's secular culture. The rule appears to be aimed at raising populist sentiments through conversion politics; a more basic solution to preventing religious conversions through marriage would have been to re-examine the special marriages act. 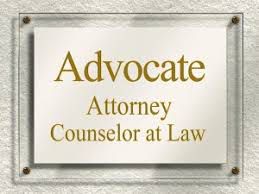