By Huzaifa | Views 6988
What makes recent judges' elevation to the supreme court historic, is not the number of women who are elevated but the counterintuitive denial to Justice Akil Kureshi.

As the apex court finally gets new nine judges with three women in history, one renowned name simply remains out. AKIL KURESHI. Why I am not satisfied with recent judges' elevation despite the elevation of judges from marginalized communities, especially three women, is because of the justice which is conspicuously denied to Akil Kureshi. Though this has led to multiple objections from various sections of the Bar, this is still going to be a very distressing incident of our time.

However, this is not the first time when the decision of the SC collegium concerning Akil kureshi has sparked the debate but the controversy is on for years. 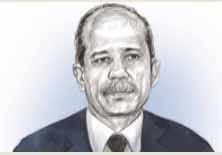 Now, the second incident was in May 2019, when the collegium recommended the appointment of Justice Kureshi, who was serving as the puisne Judge of Bombay high court, as chief justice of Madhya Pradesh. The central government kept dragging its feet for some time before it sent back Justice Kureshi's file in August 2019. Again in September 2019, when collegium gave in and modified its resolution, it resolved to appoint Justice Kureshi as the acting chief justice of smaller court in strength, Tripura instead of Madhya Pradesh which had the strength of 53 judges over three regional branches, for which he was earlier recommended. Since the reasons behind these decisions of the collegium are not revealed to the public, one is supposed to fall back upon hypotheses.

There is a widespread and accepted belief that Justice Kureshi is in a constant political tussle with the current regime due to his judgments which happened to be against the BJP government. This contention takes us to his two very renowned judgments, i.e.; 2010 & 2018, 2010, when he remanded, BJP leader Amit Shah in two days police custody in relation to Sohrabuddin Sheikh's encounter case and In May 2018, a bench headed by him upheld the conviction of 19 Accused persons in the post-Godhra riots, where 23 people including women and children were burnt alive by a mob in 2002. Considering these judgments and multiple refusals of his elevation, one can easily conclude that Justice Akil Kureshi is persona non grata for BJP government.

The Concept of Seniority

Notably, Justice Kureshi is the second senior-most Chief Justice and as per the usual norm of the collegium, he was more than eligible to be elevated to the supreme court. While making the latest recommendations, the collegium happened to pick up Justice AS Oka but omitted the next senior chief justice, AS Kureshi. The current recommendation of the supreme court collegium seems to be tilted more towards diversity than seniority but that in no way justifies the exclusion of justice kureshi as there is one more unfilled vacancy.

A chance to correct or the damage has been done?

Justice Kureshi is all set to retire in March 2022 but before his final goodbye to the institution, he has a chance to become a part of the apex judicial body with one more vacancy arising out of the retirement of Justice R Subhash Reddy on January 4, 2022. But now, it is entirely up to the SC collegium to finally recommend him for this position and maintain the sanctity of the institution because the refusal to elevate Justice Akil Kureshi to SC, for which he wasn't only eligible but duly deserved, has sent a very distressing message and has set a demoralizing precedent for upright judges that the judges who will keep a check on the executive about the constitutional mandate and duties, will be sidelined.

Green Banking in light of C...

Cyberstalking And Its Impac...