By Oshin | Views 5030
The Doctrine of Double Jeopardy as conceptualized and mentioned under Article 20(2) of the Constitution of India, provides that no person shall be prosecuted and punished for the same offence more than once. It has been set out as a part of the Fundamental Rights by the fathers of our Constitution under Part III.

History:
The concept of double jeopardy marks its existence from the Latin maxim Nemo Debet bis Vexari. This doctrine states that a man should not be present in court of law twice for the same offence. This maxim however also exists in Section 26 of the General Clause Act and Section 403(1) of CrPC 1898. Section 26 states that where an or omission constitutes an offence under two or more enactments, then the offender shall be liable to be prosecuted and punished under either or any of those enactments but shall not be liable twice for the same offence.

The doctrine of double jeopardy is now defined under Section 300 of CrPC which will be discussed in detail later in the paper. The concept however evolved more and took various changes in its form and definition leading to the current position under Indian laws on criminal procedure code and the Constitution of India.

Analysis:
In every criminal justice system, the aim of the justice system is to punish the convicts of the crime for their wrongful act and rehabilitate with the purpose of their recovery. The system does not intent to harm the convicts by unnecessarily punishing them and making their living difficult. But there are some instances where the convicts of the crimes maybe repeat offenders are convicted for their act's multiple times even for the same offence.

Relevance of this Doctrine:
With notions of fairness and finality in mind, the Framers of the Constitution included the Double Jeopardy Clause to prevent the government from trying or punishing a defendant more than once. Specifically, double jeopardy protects against: a prosecution for the same offense after an acquittal.

Today, the doctrine exists in the form of a Constitutional Right not only in India but in other countries such as the United States and Canada. It has also found recognition on a plethora of international documents such as The International Covenant on Civil and Political Rights, European Convention of Human Rights, and The Charter of Fundamental Rights of the European Union.

Special Exception with Regards to Double Jeopardy:
It is clarified in Article 359 that the right to life (Article 21) and the right against double jeopardy and self-incrimination (Article 20) cannot be suspended even during an emergency.
The impact of 44th Amendment Act, 1978 provides that under the Presidential order made in the exercise of powers under Article 359, the enforcement of Articles 20 and 21 shall never be suspended.

Personal Opinion on this Doctrine:
In my opinion the doctrine of double jeopardy is extremely essential and crucial for our legal system since after a person has been convicted and punished for a particular crime, they ought to know that they have paid off their dues and need not fear further punishments with regards to that crime. The doctrine has been a part of legal systems for time immemorial and represents a just provision that finds its roots in justice and equity, and helps deliver the kind of justice that we have envisioned since the beginning of time.

Case Law: Maqbool Hussain v. State of Bombay
In this case, the appellant Maqbool Hussain, a citizen of India arrived at an airport of Santa Cruz from a place from abroad. Upon his landing, he did not declare that he has brought gold from abroad. However, on search it was discovered that he brought 107.2 tolas of gold which was in contravention to government notification dates August 25, 1948. Action was taken against the appellant by the custom authorities and the gold was thereafter confiscated. Later the appellant was prosecuted by the criminal court under the foreign exchange Regulation Act. The question was whether the plea of autrefois acquit be raised under Art 20(2) of the Indian Constitution or not.

The Supreme Court in this case concluded that the proceedings made before any custom authorities does not constitute 'prosecution' of appellant and the penalty imposed by such authorities does fall within the category of 'punishment' as under Art 20(2) of Constitution of India. It was therefore said that in this case where the case was first presented under custom authorities and then before the criminal court does not constitute as second trial and Article 20.

Conclusion:
Thus, it can be concluded that the defence of double jeopardy is made available to a person when they have been convicted of the same crime with the same elements of prosecution. The defence provided under Article 20(2) of the Constitution or Sections 300(1) and 26 of the CrPC and general clauses act respectively cannot be made available to a person if a person commits different elements of crime based on the same fact scenarios.

We have also seen through the cases that the doctrine is interpreted on a case-to-case scenario depending on the facts before the court, but at all points, it seeks to protect the innocent and ensure that there is no miscarriage of justice. 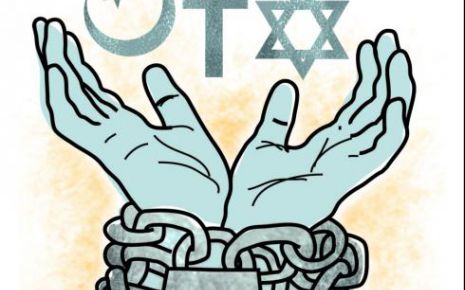