Is IT rules 2021 restrict the freedom of speech and expression?

By Trilok Singh | Views 4313
Freedom of expression is sanctioned by article-19 of the International covenant on civil and political rights (ICCPR) and further, universal declaration of the human right (UDHR), India is a signatory to UDHR and acceded to the ICCPR in 1948, 1979 respectively, over a period of time, the apex Court of India has consistently acknowledged that principles the UDHR, as well as ICCPR, constitute India's constitution fabric.

The court has also relied upon article 19 ICCPR'S three parts to assess restrictions on freedom of expression in landmark verdicts, for instance, Navtej Singh Johar vs India, and K.S. Puttaswamy vs Union of India. Interestingly, article 19 of the ICCPR provides for freedom of opinion and freedom to seek, receive and impart any information without interference.

Furthermore, in July 2012, the human right council had adopted a resolution affirming that the rights guaranteed to person 'affined' also extend to the digital space, India acceded to the ICCPR in 1979, affirming its commitment to the freedom laid down in the covenant in the Nilabati Behera Case (1993). The top Court had relied upon a provision in ICCPR to hold that the government of the day can be directed to pay compensation for breach of fundamental rights.

It is mandatory for a significant social media intermediary providing messaging services to identify the first originator of a message is necessary for the investigation of certain offences. This requirement also violates the right to privacy as it grants the power to executive authority to order a social media platform to disclose a user's identity, according to Rule 4(2) of the new IT laws.

The new rules do not meet the legality threshold as they provide unfettered powers to the Executive to arbitrarily choose the intermediaries that must comply with harsh regulatory obligations. For a restriction on the freedom of expression to meet the threshold of legality, it must be lawfully enacted in a precise manner. It grants sweeping powers to the government to decide which intermediaries must comply with a special, more-stringent regulatory framework.

For these reasons, the Rules compatibility with India's Constitutional law framework was immediately challenged before the Delhi High Court and the Kerala High Court. And it also raises critical questions about India's obligations under the UDHR and the ICCPR.

The requirement for limitations regarding freedom of information and expression to be 'provided by law' is an important guarantee of the rule of law. On 11 June, the United Nations Special Rapporteur on Right to Freedom of Speech and Expression addressed a strongly-worded letter to the Indian government criticizing certain provisions of the Information Technology Rules, 2021.

However, India's response highlighted the protection of freedom of speech and expression as a fundamental right in the Indian Constitution, as a defense to the scathing criticism of newly enacted IT Rules. A few years later in 1997, the top court again turned to International human rights law to lay down Vishakha Guidelines for the prevention of sexual harassment at the workplace.

Lack of Judicial Oversight
One of the major criticisms of the New IT Rules is that it empowers the union government to ask the private companies to take down content under ambiguous categories and that too without adequate independent oversight. Lack of independent oversight in laws that restrict free speech go against the standards set in International Human Rights Law.

In 2018, a report of the Human Rights Council highlighted that content removals must be undertaken "pursuant to an order by an independent and impartial judicial authority, and in accordance with due process and standards of legality, necessity and legitimacy.

Section 4(4) of the new rules, which empowers the government to direct an intermediary to reveal the originator of a message, is a blatant attack on established principles of the right to privacy under international law.

However, Article 17 of the ICCPR provides that:
No one shall be subjected to arbitrary or unlawful interference with his privacy, family, home or correspondence.

In November 2016, a report of the Special Rapporteur on right to privacy noted that encryption is an "effective technical safeguard" that can, among other technical solutions, contribute to the protection of the right to privacy.

In the recently released Freedom House Report, the country continues to be a robust democracy in its concerned policy making process. Although history is a testament that when freedom of speech and expression withers down, it is only a matter of time before robust democracies turn into elected autocracies. These Rules are a watershed moment for freedom of expression in India's democratic prospect, and the future of the UDHR and the ICCPR.

Activists, journalists, Constitutional experts, and civil society have called upon domestic Courts hearing challenges to the 2021 Rules to uphold the freedom of expression and the right to privacy and strike down the disproportionate provisions in these Rules. If upheld and implemented in their current form, these Rules would regulate big tech in India, but at the cost of freedom of expression in the world's largest democracy, the report asserted.

Therefore, the country has an obligation to ensure that its laws and policies do not flagrantly violate the freedoms enshrined in ICCPR. However, certain provisions of the new IT Rules purport to create an ecosystem where the right to exercise freedom of speech in the digital space, a freedom guaranteed under ICCPR, would be seriously jeopardised. It may provide the authorities with the power to censor Journalists who expose information of public interest and individuals who report on human rights violations in an effort to hold the government accountable.

Additional Due Diligence to Be Followed by Significant Social Media Intermediary:

According to the Ministry of Information and Broadcasting, Proliferation of social media, on one hand empowers the citizens then on the other hand gives rise to some serious concerns and consequences which have grown manifold in recent years. Above have been raised from time to time in various forums including in the Parliament and its committees, judicial orders and in civil society deliberations in different parts of the country. It is also raised all over the world and it is becoming an international issue.

However, Rules about digital media and OTT focuses more on in-house and self-regulation mechanisms whereby a robust grievance redressal mechanism has been provided while upholding journalistic and creative freedom. In the context of Ensuring Online Safety and Dignity of Users, Specially Women Users, Intermediaries shall remove or disable access within 24 hours of receipt of complaints of contents that exposes the private areas of individuals, show such individuals in full or partial nudity or in sexual act or is in the nature of impersonation including morphed images etc.

Rule 6 provides that even if a social media intermediary does not meet this user-threshold, the government may require an intermediary to meet these additional obligations if it believes that their operations create a material risk of harm to the sovereignty and integrity of India, security of the State, friendly relations with foreign states or public order. Following the same, Intermediaries shall appoint a Grievance Officer to deal with such complaints and share the name and contact details of such officers. They shall acknowledge the complaint within twenty four hours and resolve it within fifteen days from its receipt.

Notably, Awareness of some of the major challenges faced by the regulatory body, ranging from convergence to the persisting issue of the digital divide, is, therefore, necessary to be better equipped to handle such challenges. However, The convergence of telecom, Internet service, and media broadcasting is widely recognised to be a landmark development in modern technology and service innovation. At the same time, it has given an increasingly massive policy challenge with countries across the globe still mulling over the optimum strategy to adapt.

The regulatory framework for the New Media has undergone huge transformative changes in the wake of digitalization and the great impact of COVID-19 pandemic. From work to entertainment, education to social events, massive activities are shifting online as the offline alternatives are impractical. Hence, Such a regulatory framework requires transformative reforms to strengthen the 'New Media' sphere. It also finds that most of the urban population are using online content on a daily basis for gaining information, knowledge, promotions, event planning, and much more.

The move towards digital services, particularly digital financial services, has also created the need for more cooperation between the Authority and other sectoral regulators. TRAI's open consultation process is one such avenue for ensuring effective areas of cooperation with other agencies. For example, recognizing the potential for delivery of digital financial services, TRAI has released several consultation papers, to which the Reserve Bank of India (RBI) has provided its inputs. Going forward, this work in the alignment of regulatory approaches of various sectoral regulators will gain even more significance.

A permanent regulatory framework can be made for monitoring purposes of the new media to ensure the standard quality and authenticity. In the contemporary scenario, there is a dire need to regulate and monitor the digital content in a very appropriate manner as it is a tool of the 'freedom of speech and expression'. However, the most significant thing is how the majority of people in a particular country feel about the same issue.

Many people are favouring the modification of the telecom regulatory framework. The present recommendations of the TRAI emphasized that OTT players do not need to be brought under any form of the regulatory body, which will in no way stop the government from drafting intermediary guidelines for new media and data protection laws. The recommendations only relate to an aspect of the regulatory body which deals with licensing, payment of any statutory charges to the government, and also a provision for a legal interception. 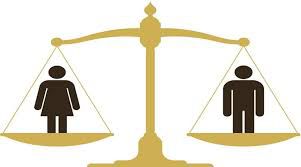 Why There Is A Need Of Gend... 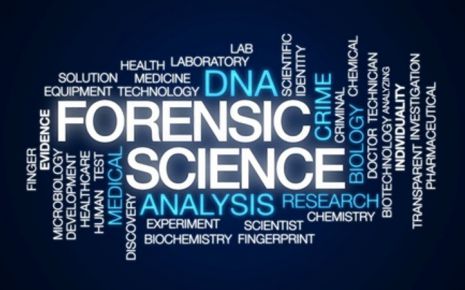