Introduction:
The concept of Derivative Action has been evolved from the principle of Rule by Majority and Minority Protection. A proper balance of the rights of majority and minority shareholder's is essential for the smooth functioning of the company[1]. In the Landmark Case Foss v Harbottle[2] it was held that, in general, the courts will not intervene in matters of internal administration at the request of shareholders, and will not interfere with a company's management by its directors as long as they are working within the authorities placed on them by the articles of incorporation. Hence, a rule was laid down in the aforementioned case stating:
"Nothing connected with the internal disputes between the shareholders is to be made the subject of an action by a shareholder."

This rule was later restated in the case of Jenkins LJ in Edwards v Halliwell [3]:
Stating, where the alleged wrong is a transaction which might be made binding on the company by a simple majority of members, no individual member of the company is allowed to maintain an action in respect of that matter for the simple reason that, if a mere majority of the members of the company is in favour of what has been done, then cadit quaestio.

The majority rule, on the other hand, does not always prevail. The rule in "Foss v Harbotile[4]" applies to circumstances in which companies have the authority to validate managerial errors. But there are certain acts which no majority of shareholders can approve or affirm. In such instances, each shareholder has the right to litigate to enforce the company's responsibilities. As a representative of the business interest, he brings the actions. A representative action of this type is known as a "derivative action" in American literature.

This type of Derivative Action can be brought by minority shareholders to protect their interests under a few exceptions in the Rule of Majority: Legal History of Derivative Action in India:
In 2005, the JJ Irani Committee voiced the need to introduce class-action and derivative-action in Indian company law, but these recommendations[8] remained on the back-burner till India Inc was shocked by the Satyam scam.

The legislature included specific class-action provisions in the Companies Act 2013. Section 245, which applies to all kinds of companies except banks, meets this deficit.

The company law in India still lacks clarity and is in dire need to give statutory recognition to these derivative actions. Section 245 of the Companies Act allows for the initiation of a class action suit by a member or a depositor only on behalf of the members or depositors of a company. The J.J. The Irani Committee noted that although derivative actions have been allowed by courts, they are yet to be reflected by statute. In India such cases of Derivative Suits are still governed on principles of Common Law.

The rationale behind the significance of derivative action is provided in Starlite Real Estate (ASCOT) Mauritius Ltd. & Ors. v. Jagrati Trade Services Pvt. Ltd., 2015[9] by the Callcuta High Court
"Where the wrong is being done to the company by the directors in control, the company obviously cannot take action on its own behalf. It is in these circumstances that the derivative action by some shareholders (even if they are in a minority) becomes necessary to protect the interest of the company."

The Bombay High Court (B.B.N. (UK) Limited v. Janardan Mohandas Rajan Pillai,1993[10] ) affirmed an exception to this rule that a shareholder can maintain an action when he or she is able to show that the wrongdoers are in control of the company's interests and hence, the company cannot maintain the action. It must also be noted that the inter se relationship between the plaintiffs and the beneficial owner, which the Plaintiff seeks to represent, may involve a case of deceit, fraud, inability, or incapacity 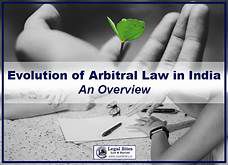