Making of Constitution of India

26th November, 1949, is one of the crucial dates in the Indian History, which has laid down the founding stone of the Independent India. No doubt, India had gained its freedom from the British Raj in the year 1947 but it was on this day when India adopted its Constitution and finally stood on its own feet to walk and thereby run. This day is celebrated as Constitution Day or National Law Day in India. This famous quote of Dr. Babasaheb Ambedkar summaries the reason of all our battle of independence:
Our is a battle; Not for wealth, nor for power, Ours is battle ; for freedom ; For reclamation of human personality.

Historical Background
As we all know India was ruled by the British for almost 200 years and the first outburst for freedom was the Revolt of 1857 also called as the Indian Mutiny or the Sepoy Mutiny which began on 10thMay, 1857 at Meerut and continued until December 1858. After this revolt, it was certain that India will achieve its freedom and after freedom India needed a government. And for the effective functioning of a government certain set of principles and rules & regulations were required to be framed, hence India needed a Constitution[1].

In 1934, an idea for a Constituent Assembly was proposed by Manabendra Nath Roy[2]. It became an official demand of the Indian National Congress in 1935, C. Rajagopalachari voiced the demand for a Constituent Assembly on 15thNovember, 1939 based on adult franchise, and was accepted by the British in August 1940. On 8thAugust, 1940 early in the Battle of Britain, the Viceroy of India, Lord Linlithgow, made the so-called “August Offer”, a fresh proposal promising the expansion of the Executive Council to include more Indians, the establishment of an advisory war council, giving full weight to minority opinion, and the recognition of Indians’ right to frame their own constitution (after the end of the war). In return, it was hoped that all parties and communities in India would cooperate in Britain's war effort. The Congress did not trust the intentions of the British government. Consequently, Linlithgow recorded that the British government “could not contemplate the transfer of their present responsibilities for the peace and tranquillity of India to any system of Government whose authority is directly denied by large and power elements in the India’s national life.” Therefore, Linlithgow stated that the constitutional future of India could be resolved in the future once the war was over by establishing a constituent assembly that was representative of the principal elements in India’s national life. The Congress Working Committee meeting at Wardha on 21stAugust, 1940 eventually rejected the offer.

TheCripps Mission was a failed attempt in late March 1942 by the British Government to secure full Indian cooperation and support for their efforts in World War II. The mission was headed by a senior minister Sir Stafford Cripps, Lord Privy Seal and leader of the House of Commons. Cripps was sent to negotiate an agreement with the nationalist Congress leaders, who spoke for the majority Indians, and Muhammad Ali Jinnah and the Muslim League, who spoke for the minority Muslim population. Cripps worked to keep India loyal to the British war effort in exchange for a promise of elections and full self-government (Dominion Status) once the war was over. Cripps discussed the proposals, which he had drafted himself, with the Indian leaders and published them. Both the major parties rejected his proposals, and they were also unacceptable to Churchill; no middle way was found and the mission failed.

In 1946, the Cabinet Mission Plan came to India with an aim to discuss the transfer of power from the British Government to the Indian leadership, with the aim of preserving India's unity and granting it independence. The Cabinet Mission’s role was to hold preparatory discussions with the elected representatives of British India and the Indian states so as to secure agreement to the method of framing the constitution, to set up a constitution body and to set up an Executive Council with the support of the main Indian parties. Thus, it was under this Plan, India formed its Constituent Assembly.

The Assembly met in sessions open to the public, for 166 days, spread over a period of 2 years, 11 months and 18 days before adopting the Constitution. In the last meeting of the Assembly, that is, on 24thJanuary, 1950 the members of the Assembly signed two copies of the document (one each in Hindi and English) and also“Jana Gana Mana”was adopted as the national anthem and the first two verses of“ Vande Mataram” as the national song. The original Constitution of India is hand-written with beautiful calligraphy, each page beautified and decorated by artists from Shantiniketan including Beohar Rammanohar Sinhaand Nandalal Bose. Two days later, on 26th January, 1950, the Constitution of India became the law of all the States and territories of India[9].Rupees One Crore was official estimate of expenditure on constituent assembly.

Most Indians recognise 26thJanuary as Republic Day, but not many are aware that on 26thJanuary 1930, that is, exactly 20 years before India became a republic. The Indian National Congress in an electrifying resolution declared Purna Swaraj - complete freedom from the British Raj. From then on, it was a question of ‘When’ — not ‘If’ —India would become free.

The Congress appointed its own commission, led by Motilal Nehru, to propose constitutional reforms for the country. In 1928, the ‘Nehru Report’ called for self-government for India under dominion status of the British Empire. However, a younger generation of Congress leaders such as Motilal’s son Jawaharlal Nehru and Subhas Chandra Bose felt the demand for dominion status was asking for too little. Eventually in its December 1928 session in Calcutta the Congress passed a resolution calling for the British to grant dominion status to India within one year, failure to do so would lead to a Congress call for complete independence. With no concessions forthcoming from the government, the stage was set in December 1929 for the Congress to pass a historic resolution at its Lahore session at the banks of river Ravi.

The “Indian Declaration of Independence” of 26thDecember, 1929 boldly stated:" We believe that it is the inalienable right of the Indian people, as of any other people, to have freedom and to enjoy the fruits of their toil and have the necessities of life, so that they may have full opportunities of growth. We believe also that if any government deprives people of these rights and oppresses them; the people have a further right to alter it or to abolish it. The British Government in India has not only deprived the Indian people of their freedom but has based itself on the exploitation of the masses, and has ruined India economically, politically, culturally, and spiritually. We believe, therefore, that India must sever the British connection and attain Purna Swaraj, or complete independence.”

The Constitution of India is the supreme law of India. It is a living document, the permanent instrument which makes the government system work.[10]It lays down the framework defining fundamental political principles, establishes the structure, procedures, powers and duties of government institutions and sets out fundamental rights, directive principles and the duties of citizens. It is the longest written constitution of any sovereign country in the world.[11]At the time of commencement, the constitution had 395 articles in 22 parts and 8 schedules and consists of almost 80,000 words.

Last but not the least, I am again mentioning the quote of Dr. Babasaheb Ambedkar, which he had made in the concluding remarks of his speech in 1948:[12]

I feel that the constitution is workable, it is flexible and it is strong enough to hold the country together bothin peacetime and in wartime. Indeed, if I may say so, if things go wrong under the new Constitution, the reason will not be that we had abad Constitution. What we will have to say is thatMan was vile.

End-Notes
[1] A constitution means a document having special legal sanctity which sets out the frame work and the principal functions of the organs of the Government of the State and declares the principles governing the operation of those organs.
[2]Born as Narendra Nath Bhattacharya, an Indian revolutionary, radical activist, political theorist and a noted philosopher of 20thCentury. Founder of the Mexican Communist Partyand theCommunist Partyof India.
[3] Avassal stateunder a local or regional ruler in a subsidiary alliancewith the British Raj.
[4] An Indian Lawyer, parliamentarian and journalist.
[5] 1stPresident of Independent India. His birth anniversary is celebrated as Advocates’ Day in India.
[6]An educationalist and prominent Christian leader of Bengal. First Governor of Bengal after independence.
[7]An Indian civil servant, jurist, diplomat and statesman. India’s representative to the United Nations Security Council from 1950 to 1952. Judge of the Bengal High Court in 1939.Judge of the Permanent Court of International Justice from February 1952 until his death.
[8]The Constituent Assembly Debates (Proceedings) ; (9th December, 1946 to 24th January 1950).
[9] Original un-amended Constitution of India, January, 1950.
[10]Preface, The Constitution of India.
[11]Pylee, M.V. (1997).India's Constitution, S. Chand & Co., p.3, ISBN 81-219-0403-X.
[12]Dhananjay Keer,Dr. Ambedkar : Life and Mission, Bombay: Popular Prakashan, 1971 [1954], p.410. 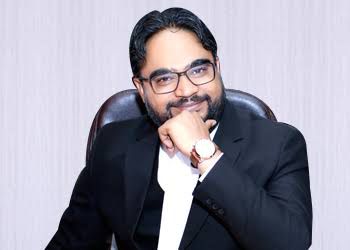 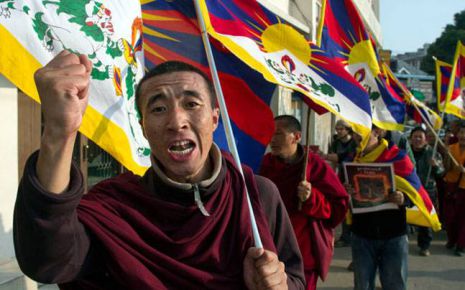 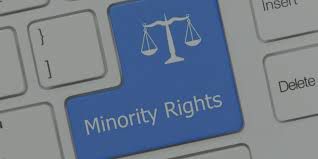 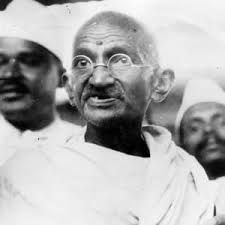