Why There Is A Need Of Gender Neutral Laws In India?

By Navin Kumar Jaggi | Views 5017
The Constitution of India,1950 provides every person equality before the law and gives every individual the right to live with human dignity. In addition to it, every citizen of the nation gets the right not to be discriminated on the basis of religion, race, caste, sex or place of birth. However, when it comes to offences like sexual harassment, voyeurism, stalking, sexual assault and rape cases, men and transgender communities of the society are always denied their rights.

It is a preconceived notion that the women always fall under the canopy of victim part and men always fall under the perpetrator part, but the scenario is that men too become victims of sexual offences as well as false accusations. This article scrutinizes the outmoded laws of India governing sexual offences and how it denies access to justice to men and transgender communities of the society.

The article also tries to give recommendations to bring reformation in the laws. The author through the medium of this paper argues that the above-mentioned offences are not just sexual offences but also constitute crimes against public morality, decency and modesty and any community of the society (men, women and transgender) can be a victim to it or can be a perpetrator to it. Hence, sexual offences amendments and reformation must be brought keeping in view the human rights prism.

Introduction
Gender neutrality in rape and sexual assault laws refers to the idea that the criminal law should acknowledge that all persons- men, women and transgender can be rape victims as well as perpetrators. In several nations, gender neutrality in sexual assault laws has been brought, however, there is very little sensitization and understanding of male and transgender sexual abuse victims.

While men are conceptualized as the sexual aggressors, however, there has been an increase in research examining the experience of male victims with the criminal justice system which has debunked many societal myths about adult male sexual victimization and highlighted the magnitude to which misapprehensions about male and transgender rape influence the attitudes of criminal justice professionals and the general public.

To put it another way, rape laws that exclusively recognize men as potential perpetrators are based on essentialized concepts of male aggressiveness and female subservience. It's difficult to admit the fact that women can also be sexual abusers when they're still seen as subservient, weak, and fragile.

Sexual offences are heinous crimes that not only pollute the victim's body, but also his or her mind and spirit. It causes unfathomable suffering. Offences of this sort tarnish a person's modesty, which is pride over one's own body. What is more lamentable is that this essential aspect of pride is solely attributed to women. Men's modesty is not recognized by criminal law. Only women's modesty is recognized because of a definitional feature of criminal law.

Section 354 of the Indian Penal Code,1860 defines the offence of outraging modesty. The victim in such an offence must be a woman and the perpetrator must have used criminal force to outrage the modesty. While the Indian Penal Code is silent on what constitutes modesty, however in the case of Tarakeshwar Sahu v. the State of Bihar, the court held that modesty is connected with women.

Section 354C of the Indian Penal Code,1860 penalizes a man for the offence of Voyeurism. It is a crime where a man watches or captures the image of a woman engaging in a private act in circumstances where she would usually have the expectation of not being observed either by the perpetrator or by any other person at the behest of the perpetrator or disseminates such image.

In this case, as well, this section recognizes voyeurism can only be committed by a man towards a woman and not vice-versa. Another such woman-centric law is Stalking which is defined under Section 354-D of the Indian Penal Code,1860. It penalizes only a man who contacts, monitors, watches, or spies any woman despite her clear indication of disinterest. However, it fails to recognize a man or transgender can also be a victim and a woman can also be a perpetrator.

Rape is defined in Section 375 of the Indian Penal Code,1860. It explicitly begins with the words A man is said to have committed rape, for the simple reason that men are largely viewed as perpetrators, and a woman sexually coercing a man to make him penetrate her is inconceivable in a patriarchal society.

It held any man guilty if he penetrates his penis or inserts any object or manipulates any part of the body of a woman so as to cause penetration or applies his mouth to the vagina, anus, urethra of a woman or makes her to do so with him or any other person against her will, consent and without any fraud.

For a long time, attempts have been made to make rape law gender-neutral. The first attempt was made by the 172nd Law Commission of India in 2000. However, the recommendations were not incorporated into the law of the land. Another attempt was made after the infamous Delhi gang-rape case, where a committee was formed under the former Chief Justice of India, Justice J.S.Varma to recommend guidelines for the protection of women.

One of the recommendations of the committee was to make rape gender-neutral only in so far as the victim is concerned and the perpetrator should remain a man. Nonetheless, due to the resistance shown by some women rights' organizations that rape is a crime largely affecting women and any attempt to make it gender-neutral would worsen the situation of a woman. Therefore, this recommendation was not implemented.

The gender-neutrality movement is frequently portrayed as a reaction to feminism or as a distraction from the battle for women's rights. Radical feminists' restrictive ideas are impeding societal growth and unity. Critics of gender neutrality laws have also argued that such laws can prove to be injurious to the rights of women. However, no such empirical or theoretical evidence has been presented substantiating the perceived male behaviour in sexual attacks.

Contrary to popular belief, many studies have reported that a man response to such sexual attacks in a similar helpless way as that of a woman. Due to their dread, the majority of the victims react with paralyzed helplessness and submissive surrender to the perpetrator. Addressing the sexual victimization of men, Susan Brownmiller in her book Against Our Will- Men, Women and Rape, writes:
While the penis may remain the rapist's favourite weapon, his prime instrument of vengeance, his triumphant display of power, it is not in fact his only tool. Sticks, bottles and even fingers are often substituted for the natural thing. And as men may invade women through their orifices, so, too, do they invade other men.

Many men who are victims of such sexual attacks, find it difficult to disclose the attack to authorities thereafter, owing to fears of being labelled as weak or liars, as well as the politicization of rape as purely a feminist issue. On the other hand, many victims are also hesitant to contact the police because they are afraid of being labelled as gay.

According to a research study on male rape, sexual aggression is motivated by power and dominance rather than sexual satisfaction, as is widely assumed. Rape is primarily intended to humiliate, degrade, and shatter the victim's spirit.

Conclusion
A change in the way laws are written is one of the first things that has to be done to acknowledge the reality of male sexual victimization. This applies not only to the Indian Penal Code of 1860 but also to other laws such as domestic violence and family law. We can't operate in a 21st-century judicial system with the Victorian era of law. As previously stated, there is a need to move away from a women-centric approach of lawmaking to a gender-neutral one.

There is a strong need to conduct gender sensitization programmes for the entire population, particularly for law enforcement authorities, whether they be judges, police officers, or politicians. This is necessary so that victims do not hesitate to report complaints to police officers. Victims usually approach the police as the first authority in the judicial system.

Also, in the fight against the sexual offence, both genders must work unitedly and fight together. This is necessary not only to raise awareness of male sexual victimization but also to prevent the undermining of women's protection laws. Gender-neutrality can work in favour of the feminist cause and women's rights also only if approached correctly. 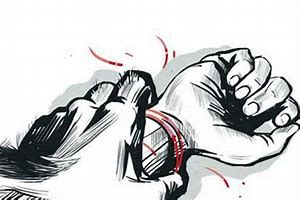