What is the cause of the war between Israel and Palestine?

Reason of raising Ottoman Empire - all countries are very weak and unorganized; OE have advanced military in during late 1800s and early 1900s.

(1516 - 1917) - Palestine under Ottoman Empire where Jews, Muslims, christen but after 1900 Jews start Zionism Movement start taking about Jew's home. It's basically starts in 1897 in Switzerland by Theodor Herzl. In main time Palestine also wants they're on homeland.

Britain got know about their wants and their use this situation on his interest.
1914 - Britain and Ottoman Empire fought against each other in time of 1st World War.
1915 - Henry McMahon's Proposal to Arab. 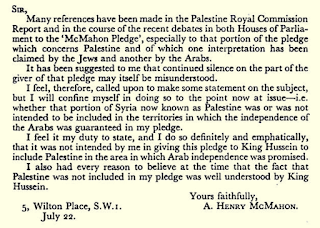 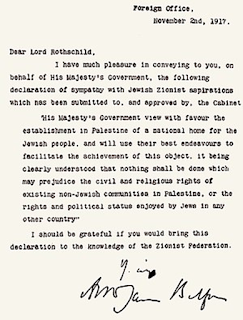 Agreement which is exaggerated Palestine Problem:
Sykes - Picot Agreement/Asia Minor Agreement (May 1916) - This agreement name on French and Britain deployment Mark Sykes and Francois Georges Picot. The place divided in three place -
"A" Zone - French
"B" Zone - British
"Palestine" - International Administration because it is a holy place.

After Agreement Situation: - (3rd Phase)
Jewish and Arab understand that:
At the end of Mandate two factors will play main rolled:

White paper of 1939 - because of two main parties Jewish and Arab. Where talk about two states and limitation about Jewish immigration but this not help, because of illegal immigration.

UN Deliration: - (4th Phase)
That so why Britain decides to hand over this situation UN. United Nation Resolution 181, Palestine Partition Plan where in 1947 due to rising conflicts UN decide divide the area in two parts Independent Arab and Jewish State. Palestine divide in 8 area: Time of the voting in UN 33 countries approved the plan 13 denied the plan (one of the India to). Arab countries do not like this UN plan about Palestine. Arab said this full place should be called as a Palestine. That so why they are walk out from the voting. The plan was adopted. After 1 day of adoption civil war start in Palestine between Jew's and British people which is called 1st Arab Israeli War. Britisher move from Palestine 14th may 1948. Jew's people do not have any problem about this that so why they make new country called Israel in 14th may 1948. US and Russia approved this is as a country.

After the Independence of Israel: - (5th phase)
Arab wants whole Palestine, that so why 15th may 1948, 7th country became together and start a war against Israel. This war lasted for 10 months; Israel wins this war. Israel taken over 78% Palestine land, Gaza strip taken over by Egyptian Military, West Bank taken over by Jorden.
Due to that reason 7 lakh Palestine's have to leave their homeland they are became refugees on their country. This situation called "Nakba" which means "Disaster or Catastrophic".
After watching the widespread displacement, the response of Nakba the UN General assembly adopted resolution 194.

Allow Palestine refuges to come back.
Compensation to those who don't want to come back.
After that many Armistices Agreement signed by Israel with Egypt, Lebanon, Jordan, Syria to finish the War.

2nd Arab - Israel war: - (6th Phase)
This war happened in 1956 due to "Suez Canal" which is made by France in Egypt. Suez Canal is very important international tread point and the war happened in matter of its ownership. One side was Britain, Israel, France - other side was Egypt and Soviet Union. In this conflict Russia's threatened to fire Nuclear Missile on Western Europe. US urged to everyone to end the conflict and warned all of them to be fined the economic sanctions.

Egypt won this war Abdul Nasser emerged as a powerful leader. This war shifted world power became US and SU. Where US established its position as Israel's friend and SU got influence over other Arab country.

1967 6 day's War: - (7th Phase)
The war stared 13th may 1967 when SU gave intelligence report to Egypt that Israel is preparing for Syria invasion and collecting army over there to protect Syria from invasion, Egyptian President Abdul Naser also send their army on Sinai Peninsula. On 5th June 200 military jets of Israel attacked on Egyptian air fields due to which Egypt's air force was totally destroyed, Israel also did same thing with Jorden, Syria and Iraq. 7th June Israel successfully took over East Jerusalem and West Bank from Jorden and 4th day of the war they acquired the territory up to the Suez Canal in which Egypt's Gaza-Strip and Sinai Peninsula was also conquered. End of the Israel became 3 times bigger than his size and established its military superiority in the middle east.

UN and any other country don't support this action by Israel. Abdul Naser resigned from his post after the lost. 1970's Egypt's new president is Prez Anwar Al Sadat. 1973 in the day of Yom Kippur or Atonement (Jew's holly day) Egypt attack on Israel, Israel on the war.

The Camp David Accords:- (8th Phase)
The Camp David Accords were signed by Egyptian President Anwar Sadat and Israeli Prime Minister Menachem Begin on 17 September 1978, following twelve days of secret negotiations at Camp David, the country retreat of the President of the United States in Maryland.
The condition of the agreement is that -

Egypt was the first country to recognize Israel as a country

Other country appreciates the step taken by Egypt where Arab Countries became angry about this step. 1979 Arad League suspend Egypt from their community.

1st Intifada, Israel - Palestine Conflict: - (9th Phase)
"Intifada" is an Arabic ward which means "To shake of" Palestine's use it as "Uprising". 1st Intifada 1987 - 1993. There wear terror attacks at the Israeli border from many years so those Arabs who were living in Gaza and West Banks they became violent with time and their claim was to go back the territories from Israel which they acquired in 1967 and from here only it was born of Hamas who killed an Israeli military officer and after few moths they killed 6 more soldiers from Israeli defense force and they motivated Palestine's to stand against Israeli soldiers.

December 1987 an Israeli truck driver accidentally meet a car which Palestine worker were present the roomers spared that it was done by Israeli intentional after that widespread demonstration was started Israelis was attacked 700 times, Israeli's army to stop the protest use tear gas, mas arrest etc. First time Palestine's saw Israeli as oppressors and from here Palestine Liberation Organization became a political organization to terror organization.

The Oslo Accords marked the start of the Oslo process, a peace process aimed at achieving a peace treaty based on United Nations Security Council Resolutions 242 and 338, and at fulfilling the "right of the Palestinian people to self-determination." The Oslo process started after secret negotiations in Oslo, resulting in the recognition by the PLO of the State of Israel and the recognition by Israel of the PLO as the representative of the Palestinian people and as a partner in negotiations.

The Oslo Accords created a Palestinian Authority tasked with limited self-governance of parts of the West Bank and Gaza Strip; and acknowledged the PLO as Israel's partner in permanent-status negotiations about remaining questions. The most important questions relate to the borders of Israel and Palestine, Israeli settlements, the status of Jerusalem, Israel's military presence in and control over remaining territories after Israel's recognition of Palestinian autonomy, and the Palestinian right of return. The Oslo Accords, however, did not create a Palestinian state. The Accords were strongly opposed by Palestinians and Israeli.

2nd Intifada and Suicide Bombings and Ariel Sharon: (11th Phase)
2nd Intifada was happened 2000 - 2005. The Second Intifada was a Palestinian uprising against Israel. The general triggers for the violence were proposed as the failure of the 2000 Camp David Summit to reach final agreement on the Israeli-Palestinian peace process in July 2000. The violence started in September 2000, after Ariel Sharon made a highly provocative visit to the Temple Mount. The visit itself was peaceful, but, as anticipated, it sparked protests and riots which the Israeli police put down with rubber bullets and tear gas.

High numbers of casualties were caused among civilians as well as combatants. The Israelis engaged in gunfire, tank and air attacks, and targeted killings while the Palestinians engaged in suicide bombings, rock throwing, gunfire and rockets attacks. The death toll, including both combatants and civilians, is estimated to be about 3,000 Palestinians and 1,000 Israelis, as well as 64 foreigners.

Many consider the Sharm el-Sheikh Summit on 8 February 2005 to be the end of the Second Intifada. Palestinian President Mahmoud Abbas and Israeli Prime Minister Ariel Sharon agreed that all Palestinian factions would stop all acts of violence against all Israelis everywhere, while Israel would cease all its military activity against all Palestinians everywhere. They also reaffirmed their commitment to the Roadmap for peace process. Sharon also agreed to release 900 Palestinian prisoners of the 7,500 being held at the time, and to withdraw from West Bank towns that had been reoccupied during the intifada.

Operation Defensive Shield: (End Phase)
The main objective of the operation was to strike Palestinian terrorist infrastructures and put an end to the wave of terrorist attacks against Israeli citizens.

One of the main triggers of the operation was the March 27, 2002 attack at the Park Hotel in Netanya. Hamas claimed to have organized this attack in which 30 Israeli civilians were killed.

The operation was concentrated on the cities in Judea and Samaria, in particular Nablus, Ramallah, Jenin and Bethlehem, which housed most of the terrorist infrastructures.

The battle in Jenin was the most difficult one and therefore is most remembered one.
At the end of the operation, several goals had been achieved.
Israel Promise himself that they are not given any land to anyone for Peace.

Social Media Law And Its Im...

Moratorium Under IBC Will N...

Impact Of Mergers On Employ...

Why Do Newly Listed Firms B...