A Case Study Of Vulnerable Witnesses

The people who are unable to testify or give evidence to the court due to certain additional difficulties like mental disorders, physically handicapped or are unable to cope due to intelligence impairments, and are below 18 years of age. They are termed as Vulnerable Witnesses.

This was a special leave petition leave case - where the leave was granted and the appeal was disposed of in terms of the signed order. The Supreme Court has orally defined the term 'Vulnerable Witness' might not be constrained to child witnesses alone.

The witness was a child of class VIII. The Supreme Court held that a child of class VIII who is not very small will be having enough intelligence to understand the facts and answer the questions put forward. Hence the testimony of child was heard. It was noted that the witness has stated that he was interrogated by the police and his statement was recorded on the date of the incident which happened.

The Supreme Court held that a witness should not be forced or threatened to give false evidence. If done so, the trial would not be considered fair. This principle was mainly put forth for the accused in a case. Hence, to maintain fairness in a trial, the accused should be allowed to cross-examine any number of witnesses in a proceeding.

Conclusion
It is not a easy for witnesses to overcome obstacles and to give evidence regarding the particular case. Even when they try to overcome, there are people who try to force them and threaten them to either withdraw the case or to conceive the truth, etc. At the time Vulnerable Witnesses play a big role in giving the main evidence to the case, but Vulnerable witness does not mean alone child witnesses, it could also include people who have mental disability, etc. most people tend to confuse Child witnesses with Vulnerable witnesses.

Vulnerable Witnesses in our society are more prone to such suffering, because they are targeted and can be easily manipulated. So, its our responsibility to help them to overcome their obstacles by encouraging them, and their courage and strength to overcome these, can put the accused behind the bars. 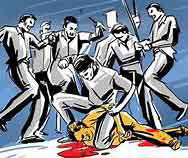