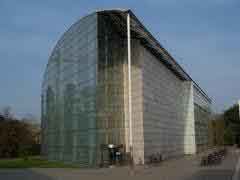 Cambridge University Faculty of Law - Law has been studied and taught in Cambridge since the thirteenth century, when the core subjects of legal study in all European universities were Civil law (the law of ancient Rome) and the Canon law of the Church. Early graduates of the Cambridge Faculty of Canon Law held the highest judicial positions in Europe - in the Rota at Avignon - and two of them (William Bateman and Thomas Fastolf) wrote the first known law reports in the ius commune tradition. The principal commentator on medieval English Canon law, William Lyndwood, was another graduate of the Faculty. The Faculty of Canon Law was closed by King Henry VIII in 1535, but the Faculty received some compensation when the same king appointed the first Regius Professor of Civil Law in about 1540. Academical legal learning was cosmopolitan; Cambridge doctors of law practised in the ecclesiastical and admiralty courts, assisted the nation in foreign embassies, and discoursed on law, justice and government in philosophical and comparative terms. Here lay the roots of the Faculty's long standing tradition of excellence in international and comparative law, jurisprudence and legal history.

Among benefactions received by the Faculty to support study and research have been the Whewell Trust Fund (1867), for scholarships in international law; Edmund Yorke's bequest (1873), used for the Yorke Prize and other undertakings connected with the study of law; the Maitland Memorial Fund (1906), established in honour of F. W. Maitland, Downing Professor and renowned legal historian, for the promotion of research and instruction in the history of law and of legal language and institutions; the Squire Scholarship Fund, received from the trustees of Miss Rebecca Flower Squire in 1901 to provide scholarships and grants in law; the Wright Rogers bequest (1966), for scholarships and grants; the Hersch Lauterpacht Fund (1967), for the study of international law; and a number of prize funds. Further generous support was provided in connection with the new building.

There are at present 16 professors, 10 readers, and over 70 other University, Faculty and College Teaching Officers. They include specialists in almost every aspect of English law and its history, the laws of other countries (especially European), European Community law, public and private international law, Roman law, legal philosophy, and criminology. A list of teaching members, with their principal research interests, is here.

At any one time around 6% of undergraduates are reading law. The student body, which is one of the largest of any law school in the United

Study Law at Cambridge
Law has been studied at Cambridge University since the thirteenth century. Today, the Faculty has more than seventy teaching staff, around 700 undergraduate students, 180 LL.M. students and 100 graduate research students. Discover information about courses in Law at Cambridge, or access prospectuses and applications information.

Faculty Resources
Documents for current students which include lecture handouts and Official Faculty Documents such as the Faculty Handbook. Also available are multimedia and photo galleries.

Support the Faculty
The Faculty has a long and distinguished history of benefactory support. We are extremely grateful to all benefactors who support the teaching, learning and research of law at the University of Cambridge.